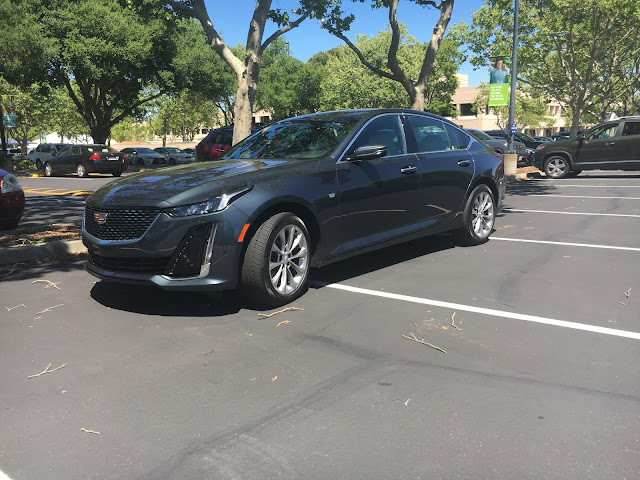 It has been a long time since I've driven a Cadillac. Too long. So when I was given a 2021 Cadillac CT5 Premium Luxury for a week I was stoked. Cadillac once touted itself as "The Standard of Excellence." And at least as American cars go it was.

It seems to me that today there are two Cadillacs. First and foremost, and probably the best earner, is the Cadillac of premium SUVs. Then there is the Cadillac that sees itself as an equal of European luxury performance sedans, hence the CT4 and the CT5.

The CT4 and the CT5 look very similar and that's both a good and bad thing. Good because there's a familial resemblance; bad because there's only a 6.6" difference in length so at a glance no one will know which is which. In fact my wife saw a CT4 next to us at a stoplight and she said, "Hey there's a Cadillac just like this one."

The CT5 is a good-looking car. The test car's Shadow Metallic (kind of a charcoal gray with a hint of blue) paint was gorgeous. But the car wasn't distinctive - in a sea of sedans it didn't stand out. Yes the Cadillac crest is instantly recognizable but there are many angles where you can't see it. 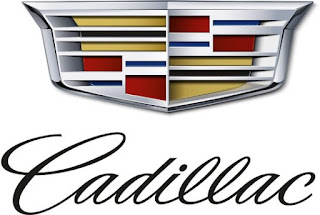 There was a time when everyone could identify a Cadillac even in a crowded lot. And it wasn't just fins. Maybe I'm just an old guy pining for times gone by.

Power is transmitted through a ten-speed automatic and the test CT5 had AWD. AWD adds about 140 lbs. I couldn't find performance specs for this specific combination but a four-cylinder with RWD did 0-60 mph in 6.6 seconds. I'd think the V6 with AWD should be able to shave a second off that, and the performance version at least another half second.

For once I put more than a few miles on a test car. Averaging around 20 mpg I returned the CT5 with about a quarter tank of gas left. This means I used about 12-13 gallons. So I got a lot of seat time. On a round trip of just under 100 miles of mostly highway the Cadillac showed an average of 29.3-mpg, exceeding the EPA listed 26-mpg highway rating. Darn good.

There were a couple of hiccups that annoyed me. First was the Lane Keep Assist. Normally I don't mind these 'nanny' systems. Hey if it keeps someone from driving into my lane I'm all for it. But numerous times I felt a tug or tightening of the steering as I started to turn into a corner even though I was within my lane. Just a little too aggressive. 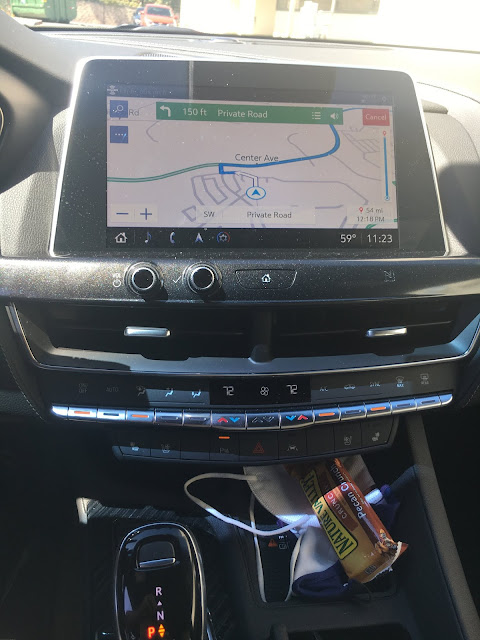 Then there was the climate control system. Again something I normally like - set it and forget it. I had the temperature set to 70 degrees, it was 80 outside, and there was almost no output from the system. I was sweating! I turned the thermostat down to 67 before the A/C starting blowing enough to cool down the interior.
There was a feature that I liked. Many cars have warnings if you are too close to something. But it's often a loud warning tone and it makes my wife say, "What's wrong?!" The Cadillac made a pulsation in the seat bottom so she never knew.

Ever since General Motors got rid of Oldsmobile and Pontiac they have moved what those brands stood for to the three divisions left - Cadillac, Chevrolet, and Buick. In my opinion Cadillac lost its identity in the shuffle. Not that I want Cadillac to return to the luxury barges of the past, no thanks. But how about a uniquely American blend of luxury and performance?

The test CT5 was a Premium Luxury edition and in my opinion there wasn't that much of either. Back in the early '90s I worked with a guy who had a mid-80s Olds Toronado. He put Cadillac badges on it and it looked just like an Eldorado. Now if you put Buick or Chevrolet badges on a CT5 would anyone know it's a Cadillac?

Would I buy one? You know I've never considered a Cadillac but if I was shopping this price range I just might put a CT5 on my list - even with my gripes. 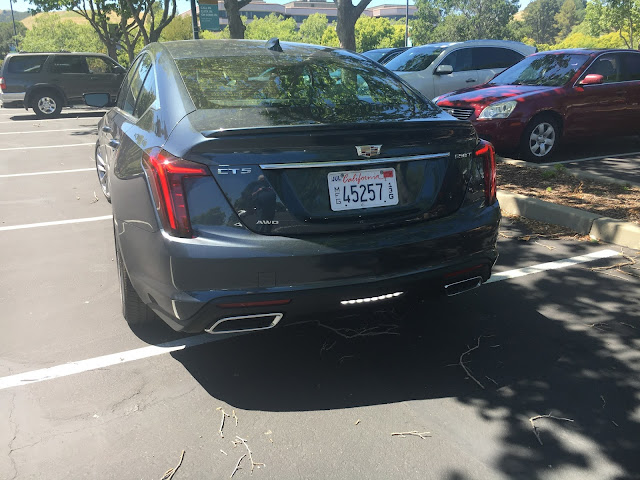