Oh no! My Corvette Broke (literally)

Many, many years ago one of my jobs was driving a tow truck. The place I worked responded to accidents. We listened to the police radio and dashed off to accidents. I've seen my share of smashed cars with bloody interiors but one accident that stands out involved a Corvette that ran into a parked VW bug.

I responded to the crash site to find a 'Vette, late '50s or early '60s, lying in pieces and the VW with a smashed engine cover (really that was it). The scene made me think about how vulnerable a plastic Chevy was.

Fast forward to the new Corvette Stingray. Love it or hate it, the Stingray is a giant leap forward. The first mid-engine, production Corvette. But that mid-engine layout is a problem. Not for you or me but for repair shops. 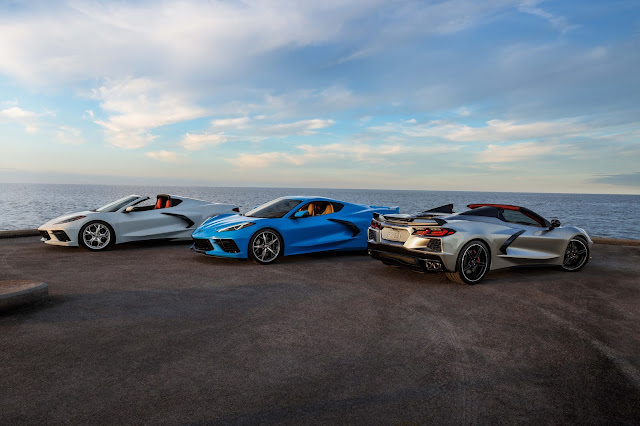 Think about it - almost every car on the road has a front engine. Now go look at a car hoist, especially the twin-post style that is now common. When you put a car on one of these hoists the car is not centered front-to-rear on the posts. Usually the post is about the middle of the front door. About one-third of the car is in front of the post and two-thirds behind it. This is because most front-engine cars have over 50% of their weight on the front tires. 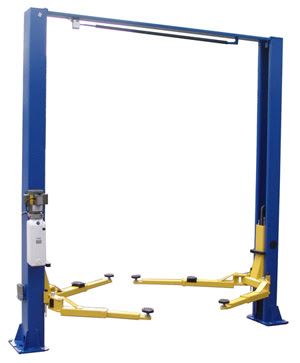 Now think about the new Corvette. It is a mid-engine car. It's weight bias is 40% and 60% rear. So if you park a new Stingray on a standard two-post hoist just like you would park an older front-engine 'Vette it is not going to be balanced. If the car isn't properly balanced it might fall off.

Cars falling off a hoist aren't new. Search the Internet and you'll find pictures of all sorts of vehicles smashed when they fell. I've never had a car fall off a hoist but I've come close a few times. Luck not talent saved me and the cars.

But back to the new Stingray. Chevrolet provides specific lifting instructions for it. I guess not everyone reads the instructions (I'm guilty of not reading instructions at times). But common sense should tell you that all you have to do is reposition the 'Vette so that it is balanced. I got in the habit of lifting a vehicle just so the wheels were off the ground and bouncing it to make sure it was stable.

Here's an article that shows one smashed and the recommended lift points for the new 'Vette https://www.corvetteblogger.com/2020/06/01/accident-c8-corvette-falls-off-the-lift-at-a-chevy-dealership/

I wonder though how many rear-engine Corvettes are going to bite the dust (literally) before everyone learns how to properly use a lift.