I have reviewed a fair number of Kia vehicles this year. In fact this is the fourth Kia to grace my driveway in 2020. And I've like every single one of them. So when I was offered this 2020 Cadenza of course I said yes. 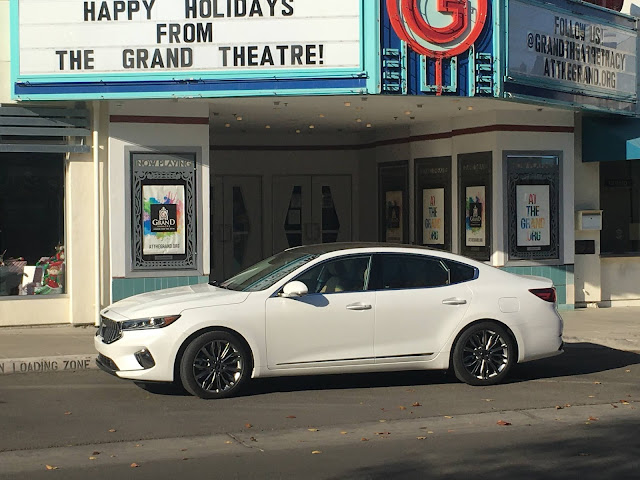 Sedans are getting rare these days. Many auto makers are getting out of the sedan business. They say the car buying public no longer wants a sedan instead opting for a SUV. It may be a chicken or an egg thing; did the public want an SUV or were they convinced they needed one? 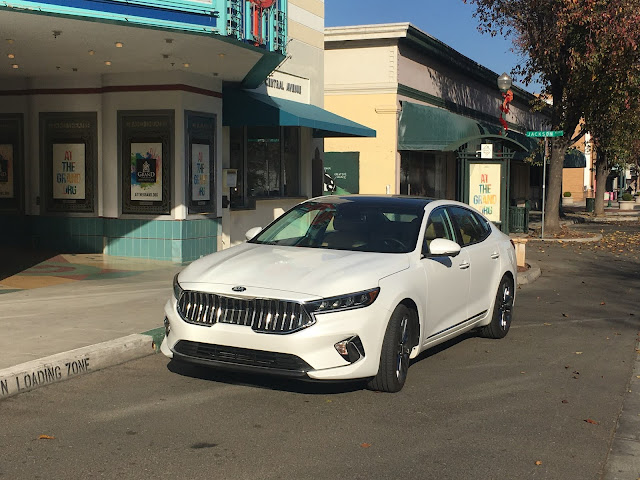 I admit that SUVs have a place but for me a sedan, or a sedan based station wagon (so few of these available anymore) makes more sense. Thankfully the Korean cousins (Hyundai, Kia, and Genesis) still sell sedans. No station wagons though (unless you count the Rio 5-door). So I welcomed the Cadenza with open arms.

Okay let's deal with the name - Cadenza. I had to look up the word; it means "a virtuoso solo passage inserted into a movement in a concerto or other work, typically near the end." So the car sings.

The Cadenza is the next to the largest Kia sedan, the K900 being larger. But the Cadenza is very roomy. The Cadenza is slightly longer than a Lexus ES - it is 196.7" long on slightly shorter wheelbase of 112.4".

The important measurements are inside. There is up to 45.5" of legroom in the front seats and 37.2" in the rear. That is stretch-out your legs and get comfy room. There really is room for five adults in the Cadenza.

There are two Cadenza models, a Technology and Limited. The test Cadenza was a Limited, the most expensive.

Mechanically the two models are identical. Both have a 3.3-liter, 290-hp V6 driving the front wheels through an 8-speed automatic transmission. You can toggle through different shift profiles including Sport. I usually just left it in its default setting. 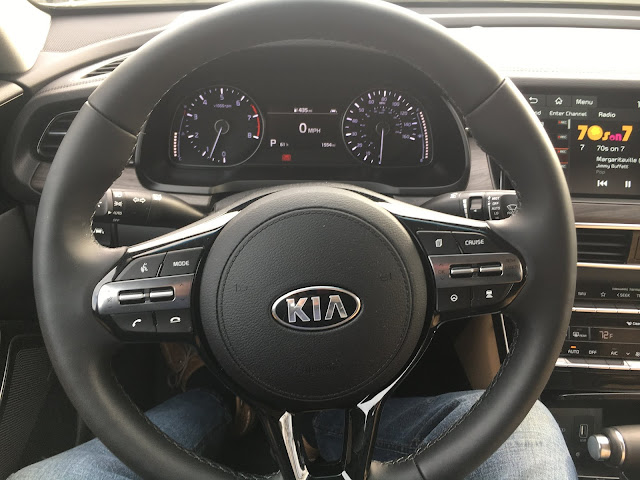 The Limited does have different size wheels and tires (P245/45R18 on the Technology and P245/40R19 on the Limited). The ride is not luxo-boat soft but is firm without being harsh. It is very quiet inside so you don't have to turn the Harman Kardon up to ear splitting volume regardless of what type of music you like. 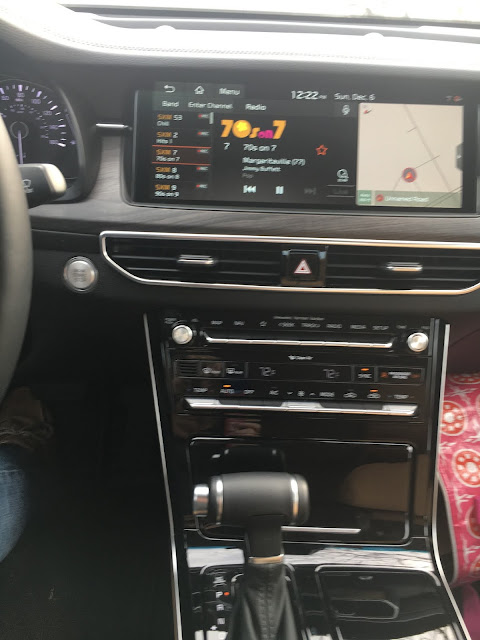 The Cadenza is no lightweight. It tips the scales at a hair under 3,800 lbs. yet it is capable of 0-60 mph times around 6.5 seconds. The brakes are up to the task of stopping such a heavy car using 12.6" rotors on the front and 11.8" in the rear. Pedal feel was excellent.

Kia keeps amazing me with their fuel economy numbers and the Cadenza didn't disappoint. I didn't get a chance to check the EPA ratings but given what I've seen on other Kia models I have no reason to doubt that the Cadenza is capable of the reported 28-mpg on the highway, or the 20-mpg around town.

I am not usually a fan of white paint but the Snow White Pearl was perfect. I'd still opt for Gravity Blue.

The Cadenza Limited has just about everything you could want in a luxury, or near luxury car. There were only two options - floor and trunk mats.

There is a substantial difference in the price between the Technology ($37,850) and the Limited ($43,550). You have to decide if a Limited is worth the extra $5,700. If you are looking for a mid-size luxury car do not ignore the Kia Cadenza.

And now a word about two of the three Korean cousins, Hyundai and Kia. Mechanically they share powertrains. I prefer Kia's styling over Hyundai's but that's just me. Also Kia is easier to say than Hyundai. Fun fact - Hyundai was introduced in Canada before the USA. In Canada it was at first pronounced High-Une-Day, not Hun-Day. Kia sounds vaguely like a Spanish relative.

I have to wonder how long the two can continue as separate brands. So many other companies have failed not because there was anything inherently wrong with them but because there wasn't enough difference between them and their stablemates. Mercury, Pontiac, Oldsmobile, Plymouth have all disappeared in the past two decades. Their crime was there was little difference between them and their surviving cousins and sales suffered.

I hope that Hyundai and Kia can both continue. Now if only one of them would build a pickup truck (I'd rather have a pickup than a SUV.)