Would you like a little performance with your pickup truck? Here's the 2020 Ford Ranger SuperCrew 4X4 Lariat 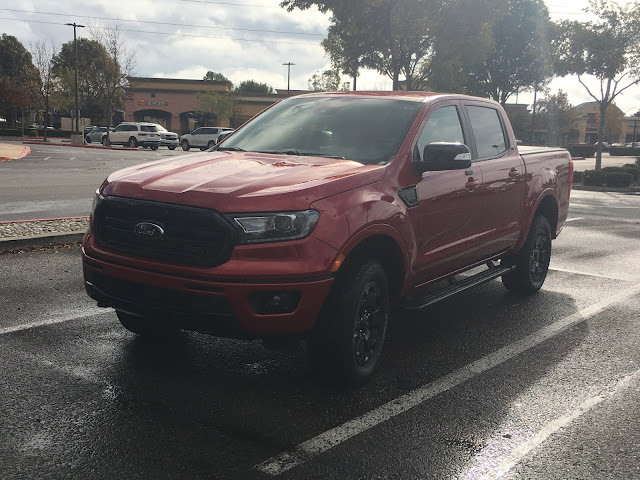 When most people think of a Ford Ranger they think of the small pickup introduced in ’82 as an ’83 model. But the name goes back to the mid ‘60s when it was a trim level of the F100. Today’s Ranger is more of a midsize pickup. But it is only midsize in relation to what is full size now.

Back when a Ranger was a full-size model it had either a 115” or 131” wheelbase. Today’s Ranger sits on a 126.8” wheelbase. In my opinion that makes the new Ranger just about the right size. And in order to be considered mid-size wouldn’t there have to be something smaller? But let’s put all that aside and move on.

Back when the “new” Ranger came out I reviewed one and liked it but I wasn’t over-the-moon with it. I’m not quite there but a lot closer now.

I tested a 2020 Ranger SuperCrew 4X4 Lariat with a 5’ bed. There are two basic Rangers, a SuperCab (a stretched cab with 2 full doors and two half doors) that seats four, and the SuperCrew that is a 4-door that seats five. 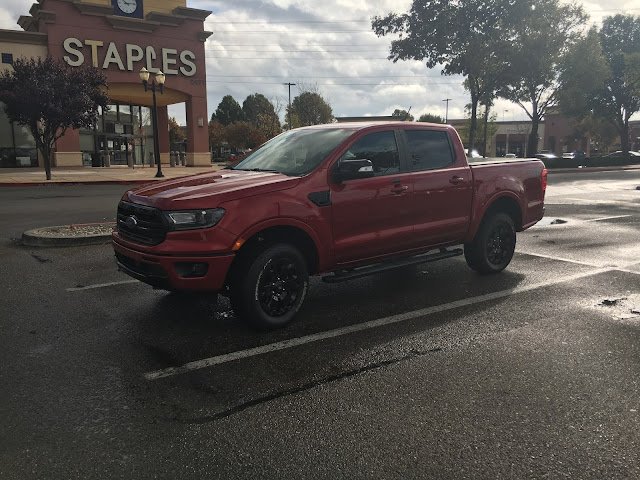 The only engine available is the 2.3-liter, DOHC, EcoBoost 4-cylinder. It produces a nice 270-hp and 310 lb-ft of torque. Regardless of 2WD or 4WD the only transmission is a 10-speed (remember when that referred to a bicycle?) automatic transmission. Reports say the Ranger 4X4 with get to 60 mph in 6.5 seconds.

The Ranger is still maybe a touch bigger than I’d like but bigger does equate into increased interior room over either older Ranger. I’m not that big a guy (5' 11" and about 230) so I’m happy to say there was room for someone ever taller. Leg room and knee room isn’t as roomy in the back seat but it is adequate. 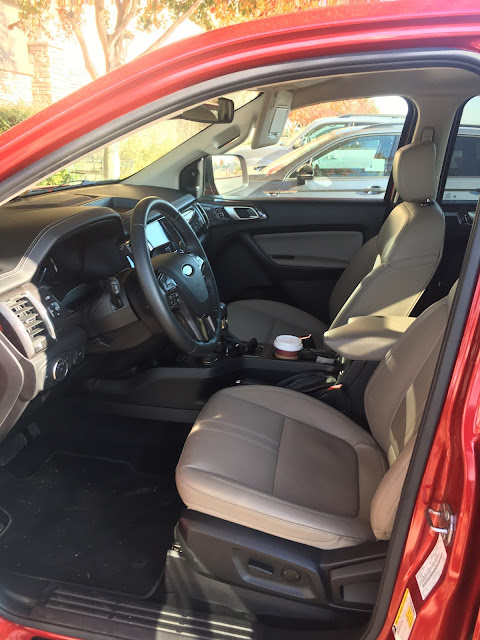 Like most who review new cars I didn’t really load the Ranger. I did have to pick up four bags of post setting concrete. I did not even notice the 200 lbs. sitting at the very rear of the bed, probably due to the 1,560 lb. payload capacity (up to 1,860 lbs. in a 2WD SuperCab). 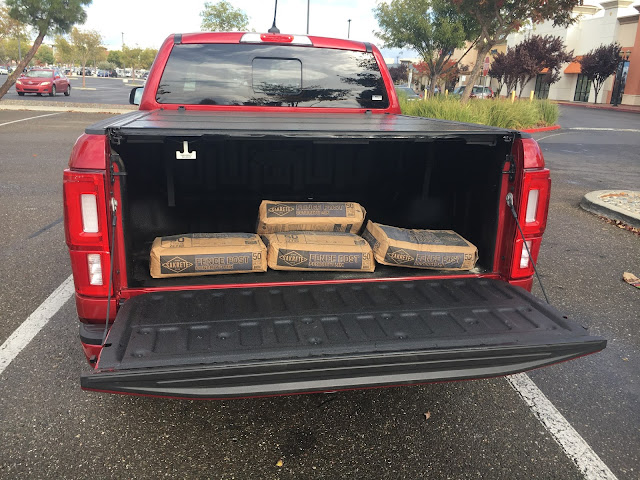 A downside is the curb weight – 4,441 lbs. for the test Ranger. Compare that to the first generation small Ranger’s weight of about 2,500 lbs. But that Ranger was pretty bare bones so I’d take the current Ranger in a heartbeat over older versions.

I did have to make a highway run off about 55 miles. Using the Ranger’s onboard computer with the cruise control set at 70 mph the fuel economy was 25.5 mpg; this exceeded the EPA’s figure of 24 mpg on the highway. The city rating is 20 mpg. I am impressed.

One of the perks of testing new vehicles (and a downside when I have to drive my own car) is all the amenities. Being a Lariat it had just about all you could ask for. Two little complaints – the front seat heater control is hard to see, and the tachometer disappears if you scroll through other screens like the fuel economy screen.

I have absolutely no need for 4WD and I've never had to use it. In fact I once drove off-road to a remote beach on Manitoulin Island in a '62 VW bug. A local was gob-smacked and said many 4WDs had trouble getting to the beach. A long time ago an older guy told me that 4WD just meant you went further off-road before you got stuck. But if you need 4WD it is just a dial away. And if you do go off road there’s 8.9” of ground clearance. 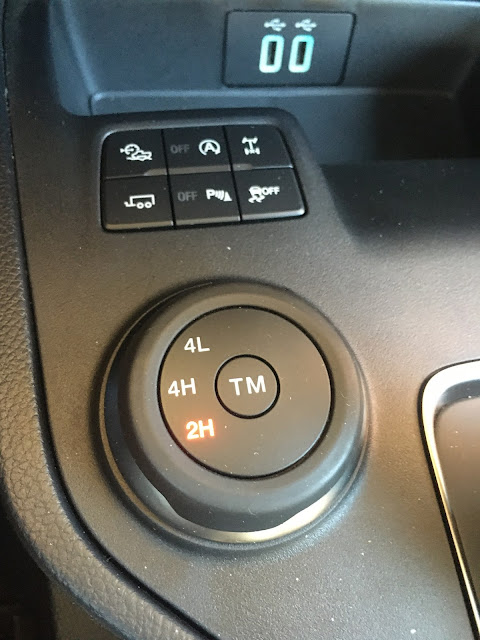 Now I come to my wish list. Seems everybody wants 4WD and many Ford buyers like the full-size Raptor. To this end it looks like Ford will build a Ranger Raptor. The question is how much horsepower will Ford grace it with.

But my wish would be for a 2WD Ranger Lightning. Pump up the 2.3 Ecoboost to at least 325 hp (should be easy peasy), lower the truck an inch or so, put on some lower profile street tires, maybe some fender flares, and Bob’s your uncle. Now that I could see myself in.