Electrify me! I'm not anti-electric, just cautious. The 2020 Chevrolet Bolt may change your mind though. 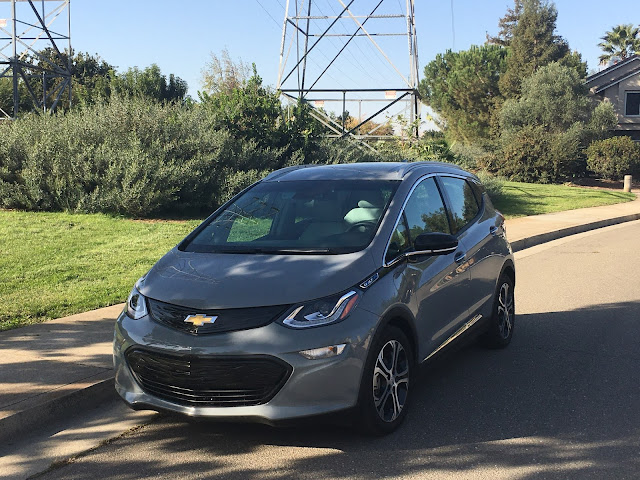 Let me make one thing perfectly clear – I do not hate electric vehicles. (I’ll explain later.) First let’s see how the Bolt stands up.

The Bolt isn’t the first all-electric I’ve reviewed. It may be the best though (it’s hard to say without driving them all back-to-back).

Bolt is a small car, at least on the outside. It’s only 164” long on a wheelbase of 102.4”. It felt much larger inside, almost TARDIS (yeah a Dr. Who reference) like inside. It is rated as a 5-passenger vehicle although as usual four adults will be more comfortable; the width is the limiting factor.

If you use the Bolt as a 2-person vehicle (rear seat folded down) there is 56.6 cubic feet of storage. With the seats up that goes down to 16.9 cu. Ft.

The essence of the Bolt, in fact any electric vehicle, is its motor (not engine but motor). For those of us (me) stuck in the past the permanent magnet motor produces 200 horsepower and 266 pound feet of torque. That’s a lot of juice (yes that’s a bad pun).

Thanks to its just under 300 mile range (EPA rates it at 259 miles but the onboard computer got as high as 274 miles) I never had any range anxiety. This is the first electric vehicle I’ve driven just as I would a gas or diesel vehicle. No pussy-footing, no trying to stretch out the fast disappearing charge.

Overall my impression of the Bolt was very favorable. It was comfortable, and it handled well. It is quick; outlets that document 0-60 mph times say it will scoot to 60 mph in around 6.3 seconds. That might surprise some folks in a stoplight drag race. 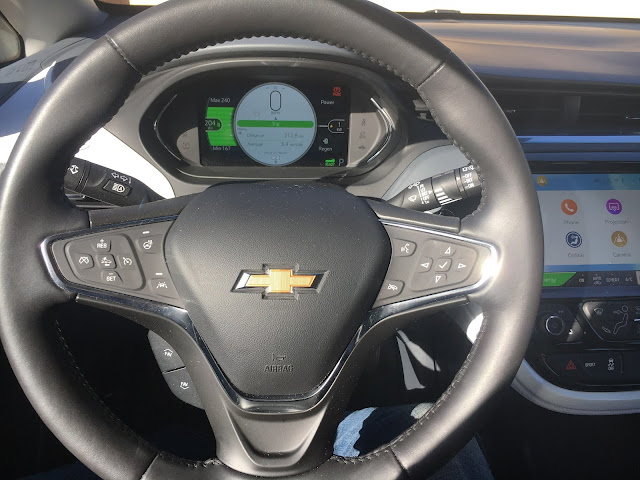 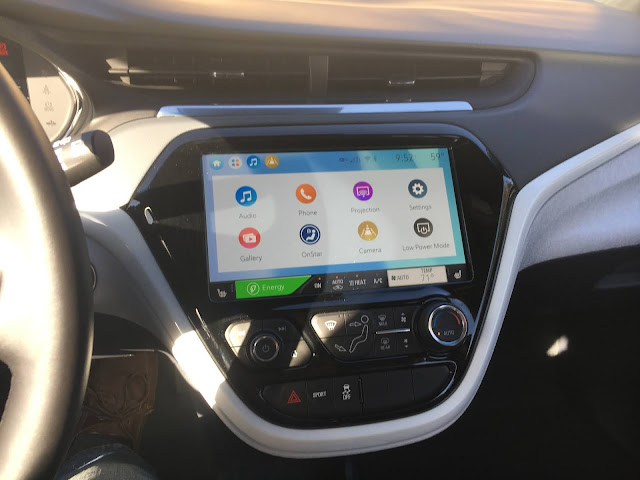 I will say there were two negatives from my perspective. One is price. The test Bolt was the Premier model and it starts at $41,895 according to Chevy’s public web site. The Bolt tested added $1,840 in options and an $875 destination fee. There is a base Bolt LT that starts at $37,495. Both are pricey for a small car. Of course with an electric your fuel and maintenance costs are much, much lower than with a gasoline or diesel vehicle. The problems for many potential buyers are the initial down payment, monthly payments, and the cost to install a 240v charging station (costs will vary but figure on $1,000 and up total parts and labor).

The other negative is not specific to the Bolt. I’ve noticed it on the other pure electric and some hybrids I’ve driven. (Note: I have not driven a Tesla.) The ride is stiff and bouncy. There’s a reason for the ride quality – weight. A Bolt weighs 3,563 lbs. (+/-). The battery pack weighs 960 lbs. Add in that the vehicle is designed to carry 5 people plus (another 875 lbs. (+/-) and you can see the problem. The Bolt, any electric car, with its conventional suspension (springs and shock absorbers) has to be designed to cope with a load of almost a ton! Compare the Bolt to the Chevy Sonic. The Sonic is roughly the same size yet it weighs almost 650 pounds less.

For a while some auto makers toyed with “active suspensions”. Very few are used today and often only on performance cars. The idea was that a computer could alter the suspension based on different parameters – road conditions, load, type of driving, etc. Surely an active suspension is called for on electric vehicles.

Yes my kind is more at home with old fashioned internal combustion engines. But I for one am not afraid of the future. If I had been around when cars first came on the scene I’m not sure I would have rushed to buy one. There were no corner gas stations. Auto mechanics were often blacksmiths or you were on your own. Taking a long trip, maybe driving 20 miles, meant having a couple of spare tires, a tool kit, and at least one container of gasoline. So I probably would have kept my horse and buggy until there was a sufficient infrastructure to take care of an auto before plunking down my hard earned dollars to buy one.

In the movie “Field of Dreams” the catch phrase was “If you build it they will come.” My whole point is that the infrastructure needs to be upgraded before the market is flooded with EVs. I have no doubt that there will come a time when I will want to buy an EV. That time just isn’t here for me yet. If the time is right for you the Bolt is a good choice. 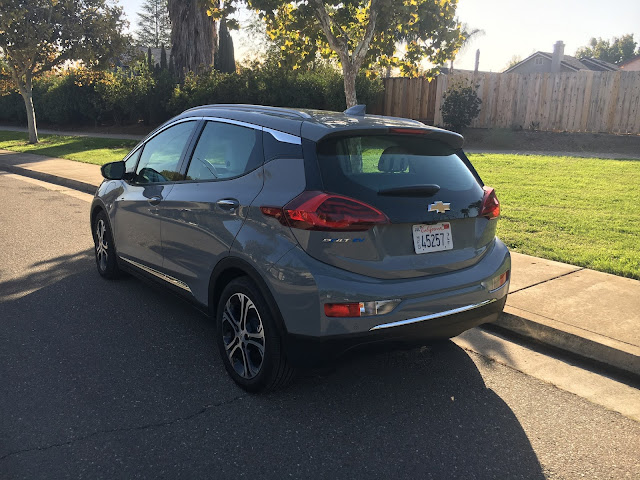