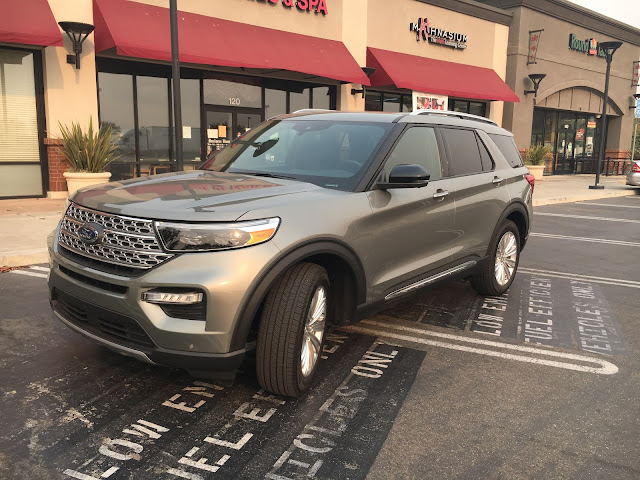 The Explorer is big but not Ford’s biggest SUV; that would be the Expedition. The Explorer is 198.8” long on a wheelbase of 119”. The Hybrid has a base weight of just under 5,000 lbs.!

I’m on the fence about the Hybrid version. The fuel economy rating is great – 27-mpg in the city and 29-mpg on the highway. I saw very close to the highway figure but nowhere near the city figure. And the miles driven in total electric mode were only around 10% of the total miles driven. I didn’t drive super cautiously but I wasn’t racing either, just normal keeping up with traffic. 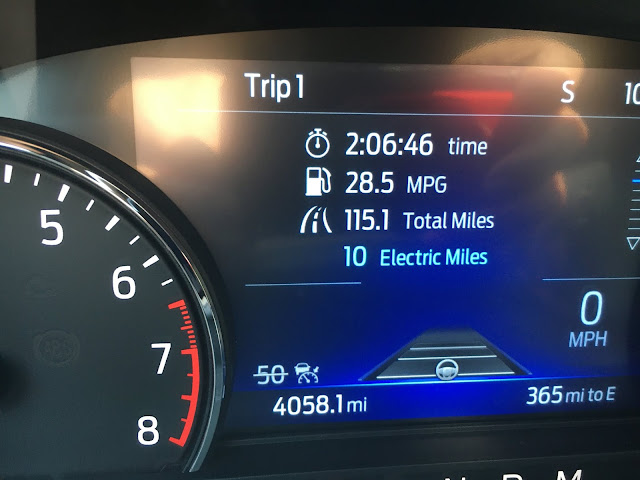 But 28.5 mpg on the highway is darn good for a vehicle that weighs two and a half tons. And about 18 mpg in the city isn’t bad either but way off from the rating.

The Explorer is available with three engines – 2.3-liter EcoBoost four cylinder, 3.0-liter EcoBoost V6, and the 3.3-liter V6 Hybrid. They all get decent fuel economy so base your choice on your needs and price range.

The hybrid engine/motor have a combined power output of 318 hp and 322 lb-ft of torque. The only transmission is a 10-speed automatic; the top three gears are overdrive ratios. If you want to shift for yourself you can choose “manual” mode. There are different modes including Normal and Economy. I doubt that too many people will actually fiddle with those buttons.

The test Explorer was rear-wheel-drive only and that suited me just fine. You can get a Hybrid Explorer with 4WD but the fuel economy takes a hit.

I never noticed when the electric motors kicked in. Like many vehicles today the Explorer Hybrid gas engine shuts off when you come to a stop. I did notice when the gas engine started back up.

Many Explorer owners tow trailers of some description. The test Explorer has a Class III Trailer Tow Package that allows you to tow up to 5,000 lbs.

I don’t have a big family, just my wife and myself, so I didn’t fill every seat. The front and middle seats are individual seats – two up front, two in the middle. The third row seat can accommodate two on a split bench. 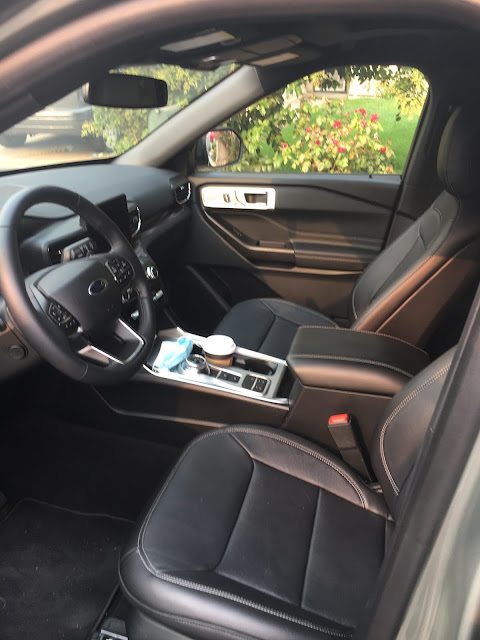 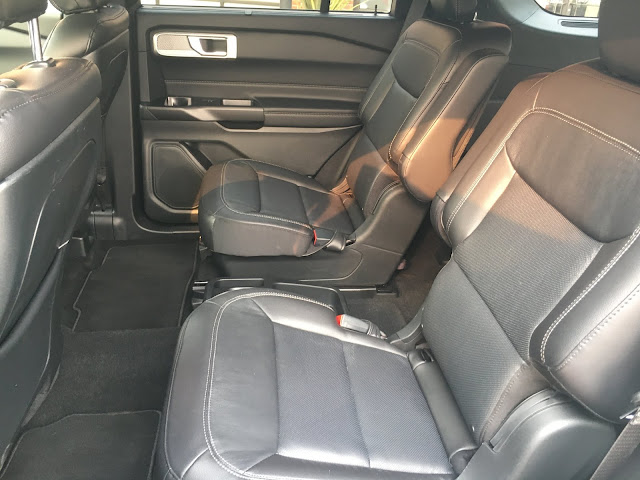 The rear seat is power folding which at first I thought was a bit much. Then I realized that not everyone could easily reach the strap to pull up the seat when it was folded down. Yup the electric control makes sense.

The tailgate uses the hands free “wave your foot” option to open. Cargo space is easily accessed. The lift-in is 31.1”. Ford gives the length of the cargo area, something I think is more useful than the cubic feet of storage. With the middle and rear seats folded down there is 83.9” of space, with just the rear seat folded that is reduced to 49.8”, and with the rear seat up 20.8”. 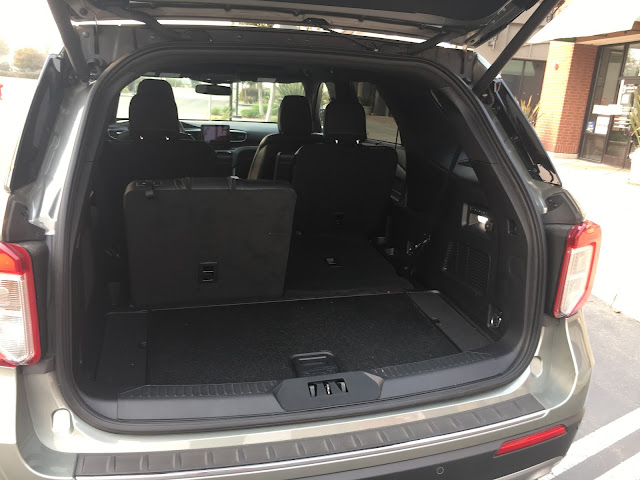 There is the now usual slew of electronic driving aids; Lane-Keeping System, Intelligent Adaptive Cruise Control, Automatic Emergency Braking, etc, etc. I’m getting used to all this stuff so I barely noticed when the steering wheel gave a little tug to make sure I was between the lane markers.

So what did I think of the Explorer Hybrid? Darn nice ride. The base price of the Hybrid Limited is $52,920, with options (Tow package and Twin panel Moonroof) that bumps up to $55,325, then add $1,195 destination and delivery. Prices are from www.ford.com 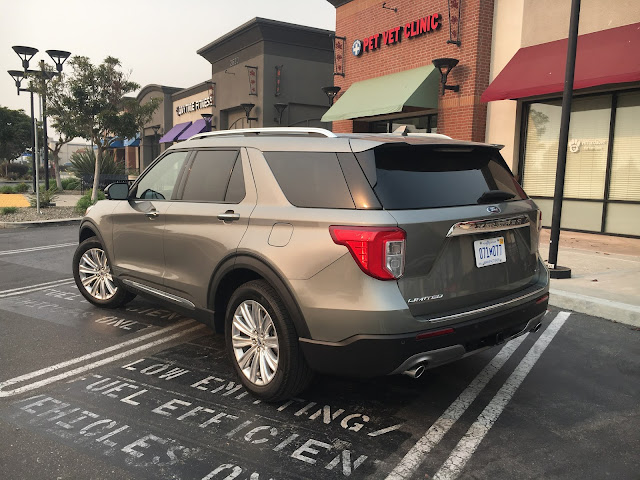 M209 said…
Thanks Bruce. In my seemingly endless quest to get another vehicle, I gave up on getting an F150 because of cost.
Thought this might be reasonable choice. Imagine my horror when I saw the cost - even used. Think I may have to go for the golf cart. 5.0 V8, of course 🤣.
September 13, 2020 at 5:46 PM