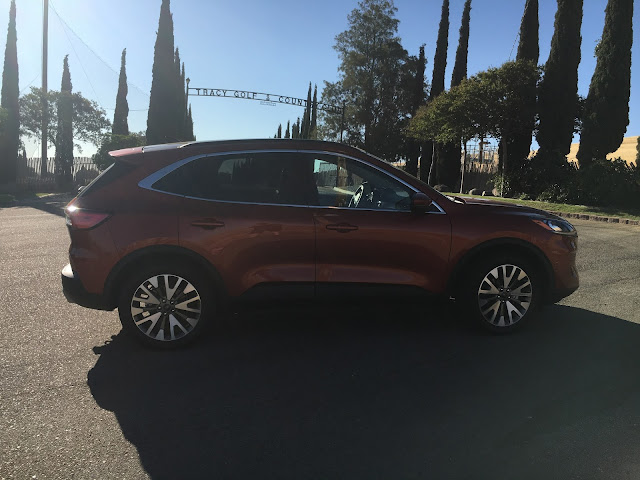 Sometimes it's hard to determine what is medium or small. Ford has seven SUVs so there should be a size to fit every family. I say the Escape is either small or medium size. It's not the smallest Ford offers and size is relative.

For me the heart of the Escape, in fact so many Fords, is its EcoBoost engine. Almost every auto maker builds at least one turbo engine. And all are
light-years ahead of the turbos of even ten years ago. But in my opinion Ford is the leader.

The transmission is an 8-speed automatic that operated just fine. I'm not the type who wants to control an automatic (except in some very specific circumstances), I think automatic means automatic. If you want to shift yourself you can but what's the point? The vast majority of today's automatic transmissions are controlled by a co
mputer, a computer that works (thinks?) far quicker than my brain. 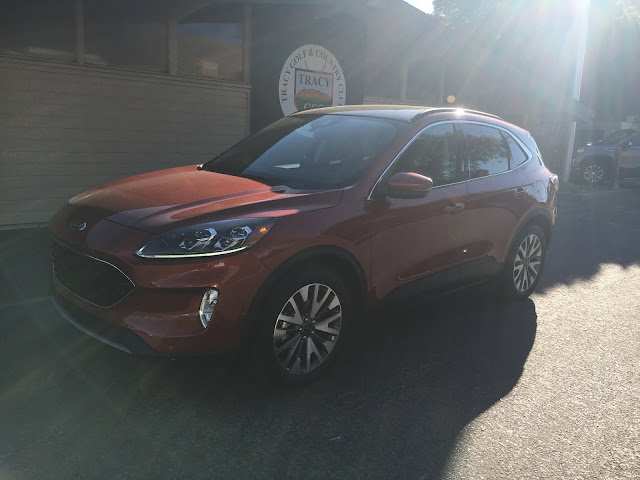 I didn't get to put many miles on the Escape - the loan was short and I was not feeling up to par for a couple of days (nothing serious thanks for asking). So I can't give you any real world fuel economy stats. The US EPA says a 2020 Escape like the test vehicle is capable of 31-mpg on the highway and 23-mpg around town. According to the onboard computer I was only seeing around 17-mpg around town but that included a few full-throttle blasts just for the joy of getting to the speed limit as quickly as possible. 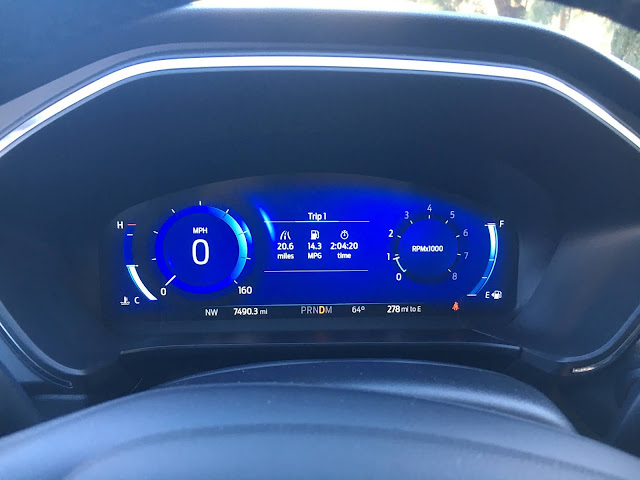 For me, and I suspect a lot of folks, the Escape is big enough. With the EcoBoost the towing capacity is 3,500 lbs. Cargo area is up to 65.4 cubic feet with the rear seats folded down. There is seating for five.


Price is always a consideration. A base Escape S starts at $24,885. The Titanium AWD test model is $38,680 plus Destination and Delivery. Once upon a time you could order a car in about a zillion different iterations. It seems like Ford is almost there with the Escape. There are nine basic Escape models - S, SE, SE Sport Hybrid, SEL, SE Plug-In Hybrid, Titanium Hybrid, SEL Plug-In Hybrid, Titanium, and Titanium Plug-In Hybrid. The add in the packages and options and you have a dizzying array of possible permutations. I suspect most dealers will try to steer you to something on the lot. So before you head over to the dealer go to www.ford.com and "build your own". 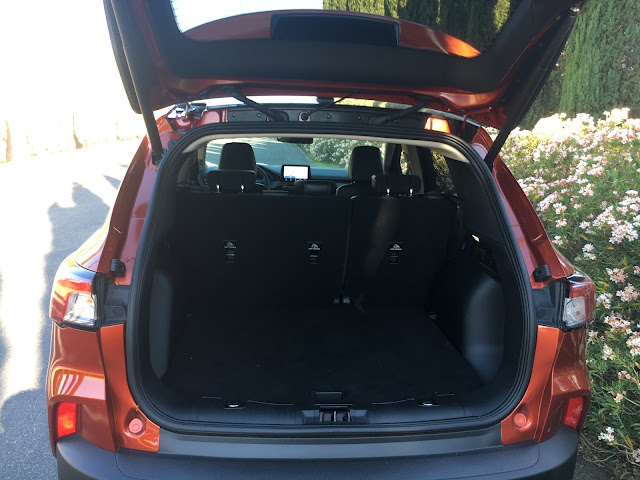