It must have been '92 or '93. I went to the IMSA race at Laguna Seca. One of my friends from Coventry, CT, Stan Ferrell, worked for a race team, HDF Motorsports. From what I remember at this point the team was a rent-a-racer thing. And they only got paid if the car actually made it into the race.

During qualifying the driver, someone with more money than talent, slapped the outside wall coming out of turn 11. When the car was towed back to the paddock it was a mess; it was essentially a total wreck. But the crew chief, a British guy if I remember, was not going to lose the rental fee.
The team, and eventually I was drafted, worked until lights out was called by the track.

I slept on the floor of the room Stan shared with the crew chief. The next morning the work continued and the car made it into the race. I don't think it finished by the crew chief made sure it did enough laps for the team to be paid. 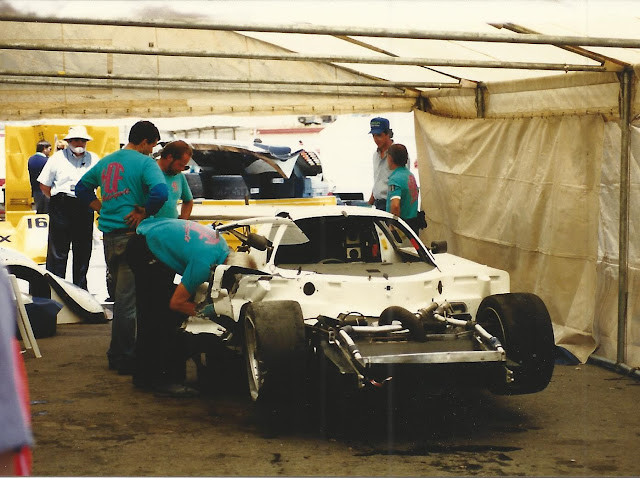 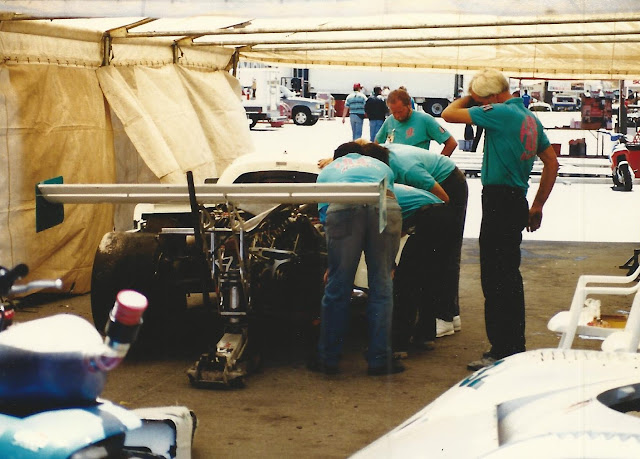 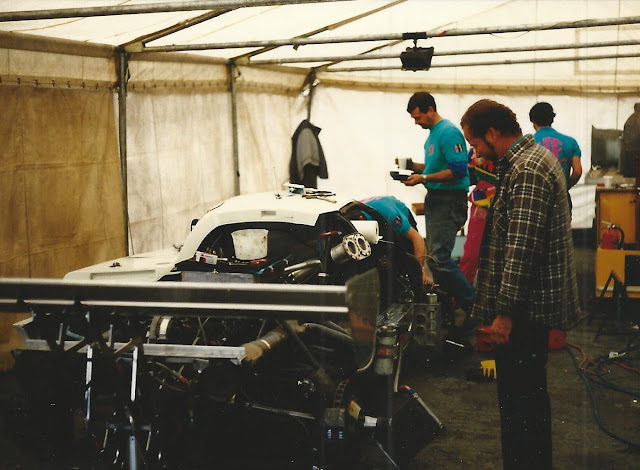 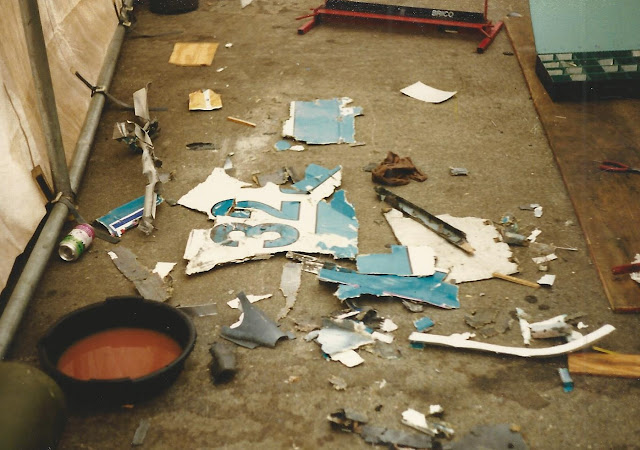 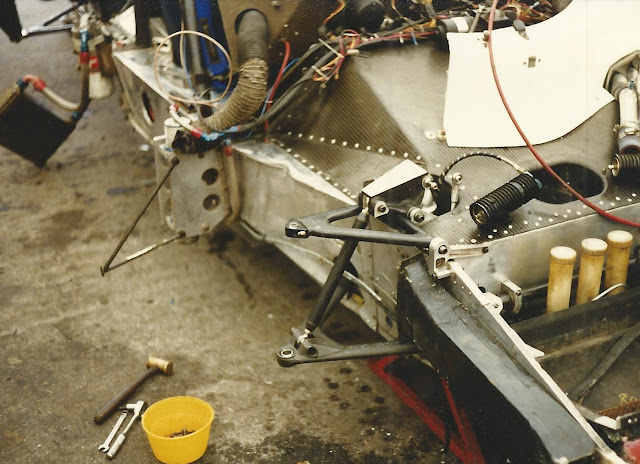 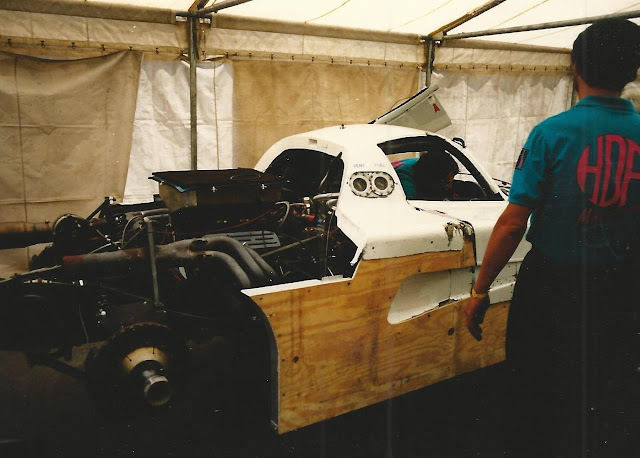