Car of the Year (at least my year)!

Many outlets name their Car Of The Year so I thought, "Why don't you do the same Hotchkiss?" I don't test as many cars as the big boys. I don't do objective, identical tests of every vehicle I drive. My reviews are seat of the pants opinion pieces. But this is my blog so I can do what I like. And I want to name the Spare Parts Car of the Year.

One caveat - I am looking at the calendar year not model year. I looked back at all the vehicles I drove during 2019. There were a fair number of vehicles and all of them good. But one stood out in my mind. Now you'd think that a car guy like me would lean towards performance. I tested some pretty potent cars. And I also like pickup trucks. But in the end I just couldn't stop thinking how one vehicle I drove just grabbed me.

So here it is, the Spare Parts Car of the Year 2019, the Kia Telluride. I thought the Telluride has "the combination" of luxury, economy, and sensible use of technology that people are looking for.

It gets more difficult every year to name "the best"; there are no losers out there any more. There might be one or two that aren't quite as good as their competition but I wouldn't hesitate to own any vehicle on the market today.

I have to give a honorable mention to the 2020 Ram Bighorn with the 3.0 diesel. I don't especially like modern pickups but the Ram, especially with the "little" diesel was a treat. My favorite pickup of the year.

Below is my original article of the Telluride. You can read my article on the Ram at https://www.brucehotchkiss.net/2019/12/2020-ram-1500-longhorn-crew-cab-4x4.html 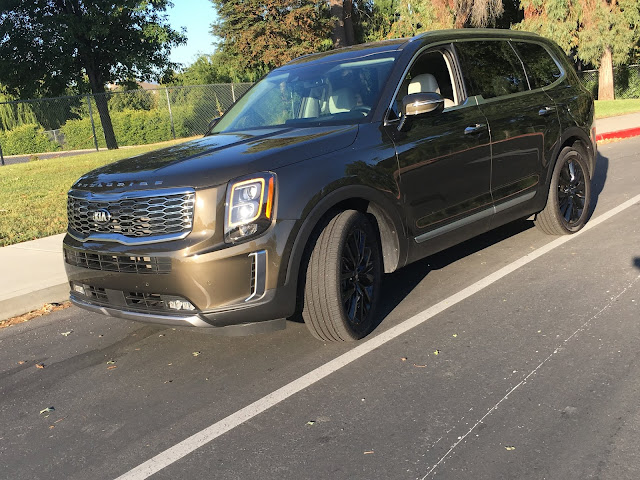 It seems like every SUV I drive is better than the last one I drove. So when I say that the Kia Telluride is the nicest SUV I have driven you may not believe me. But believe me when I tell you that the Telluride is one nice vehicle.

I like the name, Telluride. I first heard the name in a Nitty Gritty Dirt Band song of the same name years ago. For me it evokes crisp, clean mountain air and good times.

The 3.8-liter V6 makes 291 hp and 262 lb-ft of torque with a compression ratio of 13.0:1 (that is an astonishingly high compression ratio). I would have expected Kia to stipulate premium fuel but no, they say 87-octane or higher is fine.

The Telluride I had was a SX AWD, the top of the line model. Front-wheel-drive is the base mode with the Active On-Demand AWD optional. The test Telluride had the AWD. The only transmission is a fine 8-speed automatic.

Being the top model the test Telluride had just about every option you can think of (and some that I’d never thought of). On my first drive on the highway I set the cruise control. I expected the adaptive cruise that keeps a safe distance from whatever is in front of you. But when the Telluride tried to steer itself it surprised me. It’s what Kia calls Highway Driving Assist (HAD) that keeps the Telluride in its lane by reading the lane markings. It’s not infallible which is why if you take your hands off the steering wheel it warns you to hold onto the wheel. 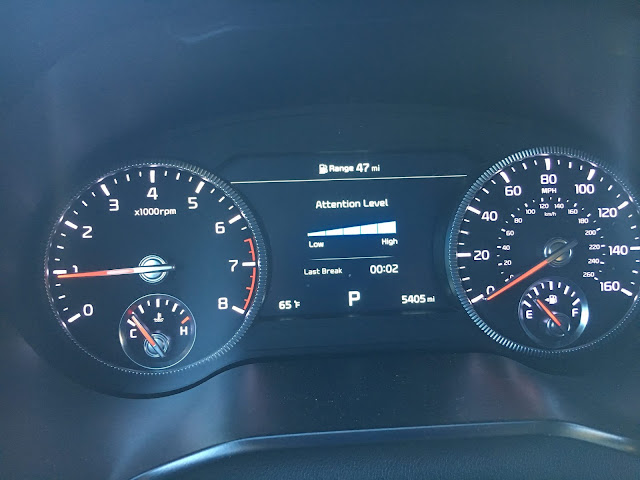 One other feature that I found interesting was the Driver Attention Warning. It never went off when I was driving but by scrolling through the info system I saw that my attention was at the max. I don’t know how it measures attentiveness but I’d love to see how those I see using their cell phones rate. (Do you have any idea how often I have to toot my horn at drivers who are intently texting when the light turns green?)

Telluride is available as a 7-seater or 8-seater. The test Telluride had seven seats – two up front, two second row, and three in the back. Access to all was good and the leg room in the first two rows was excellent. The third row wasn’t bad but no matter how you look at it isn’t for big folks.

As impressed as I was with the fuel economy I can’t overlook the overall driving experience. It was fantastic. The engine is powerful and smooth, the ride was one of the best I’ve had in a SUV. 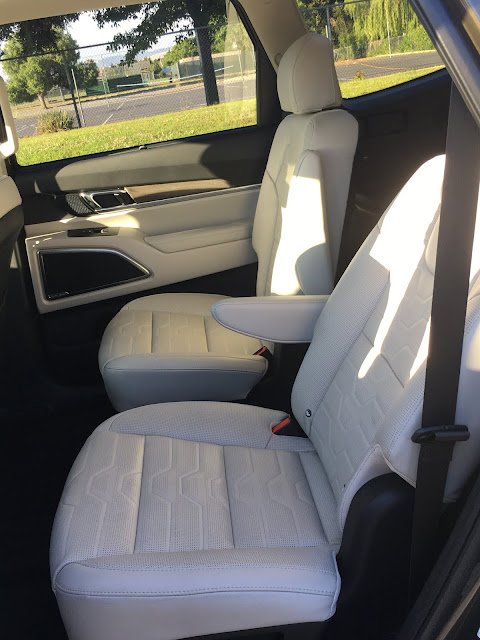 I would say the only negative I could come up with was the white seats. Nothing wrong with the comfort; the leather seats are heated and cooled. I just couldn’t own a vehicle with white seats. I’d be cleaning them constantly.

It’s hard to compare one SUV to another so let’s just look at the Telluride. The SX, the top of the line, starts at $43,490. I looked at other similarly equipped SUVs and they can top that price by $10,000! Heck a base FWD Telluride LX starts at $31,690; for that price you get the same engine and transmission, just not as many bells and whistles. I’d say a Telluride would be a great buy. 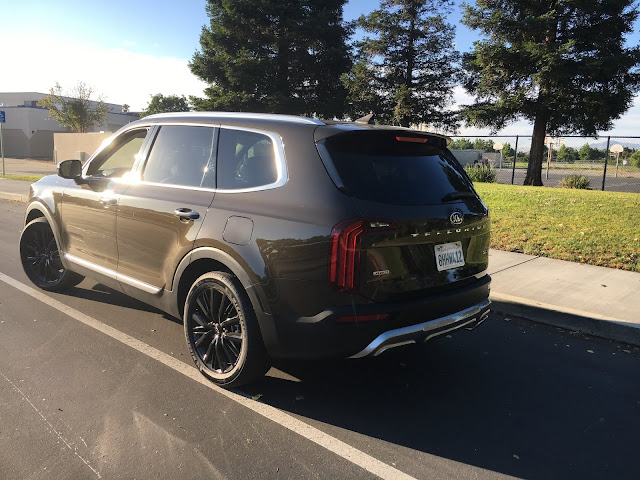