I have seen the future and it's going to be okay. 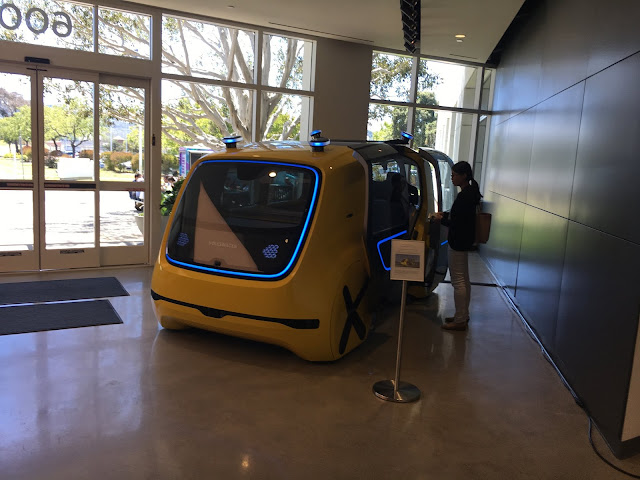 Today I, along with other writers, toured Volkswagen's Innovation and Engineering Center California (IECC) in Belmont, CA. Even though I've heard from, and talked to, folks from the autonomous world it was an eye-opener to actual tour a facility that is dedicated to looking into the automotive future.

Although autonomous cars are what is at the forefront the IECC is more like a think tank for transportation and how it might interface with us - humans.

We toured different labs. One looked like a super clean auto shop, another a super trick fabrication shop, a virtual reality center, etc. It looked like a cool place to work. I mean they've built autonomous race cars! (One, Stanley, was built in conjunction with Stanford University and it won the Grand Challenge, an autonomous race over the Mohave Desert.) 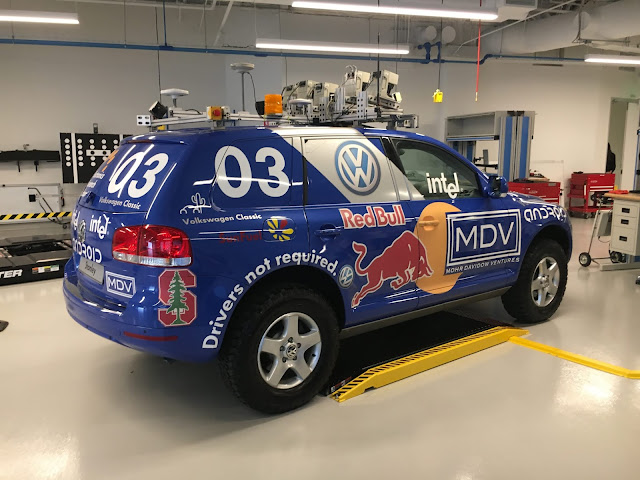 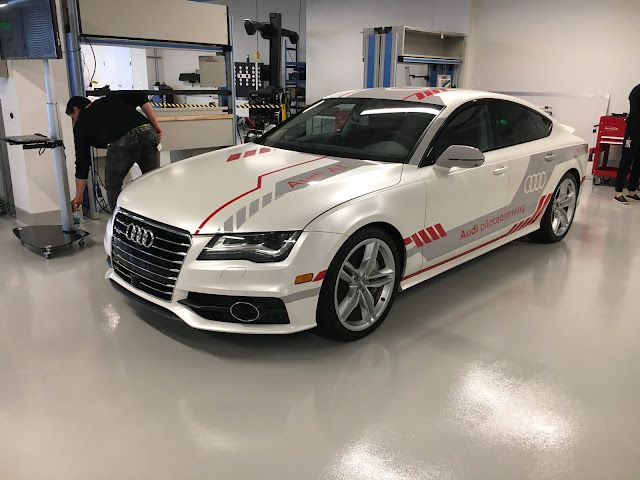 And on the Audi side there is Jack.

In the auto shop section there was a display of parts "grown" (yes grown) by a company, Carbon, in Redwood City, CA. I can't begin to understand how they do it. A short video showed a part emerging from a pool of what looked like plastic. It is a form of 3D manufacturing but it looked like magic to me. 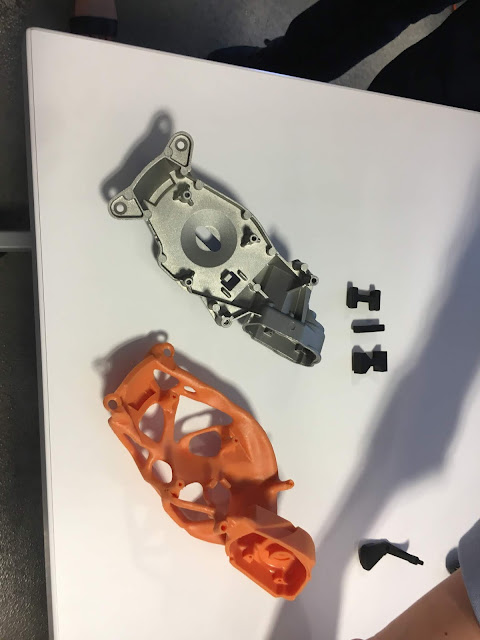 Top is the original door mirror frame for a Lamborghini; below it is a part 'grown' by Carbon.

One stop on the tour was with how autonomous vehicles are being designed to aid people with disabilities. Now I don't have a disability (debatable) but I am a baby boomer and we have our own set of problems either now or in the future - At some point we will no longer be able to drive. 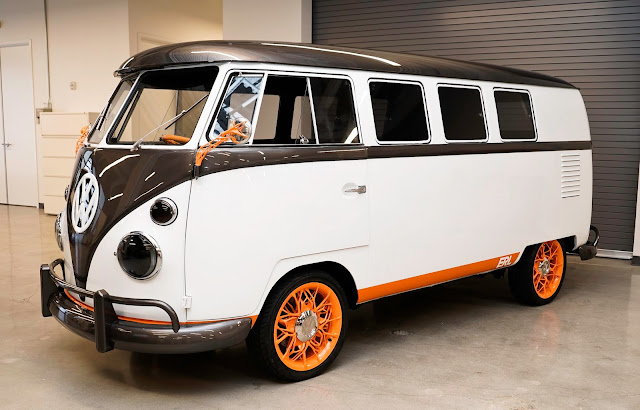 VW is not without a sense of whimsy. They revealed a very retro-rod VW Bus that they called Type 20. Type 20 is a 1962 eleven window VW Bus that has been electrified. There are many electrified VW's out there so that part isn't that unique. What is unique is the rest, the high-tech stuff. The Type 20 has biometric recognition and it talks! Walk up to it, touch the VW emblem on the nose, and ask it if it is ready to go. Type 20 will tell you what the state of charge is of the batteries. 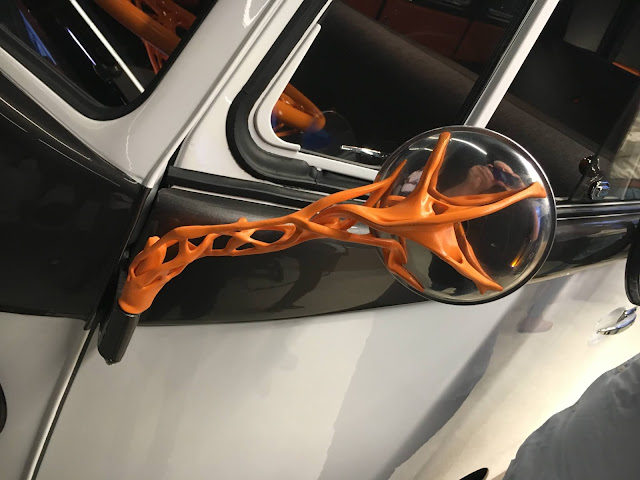 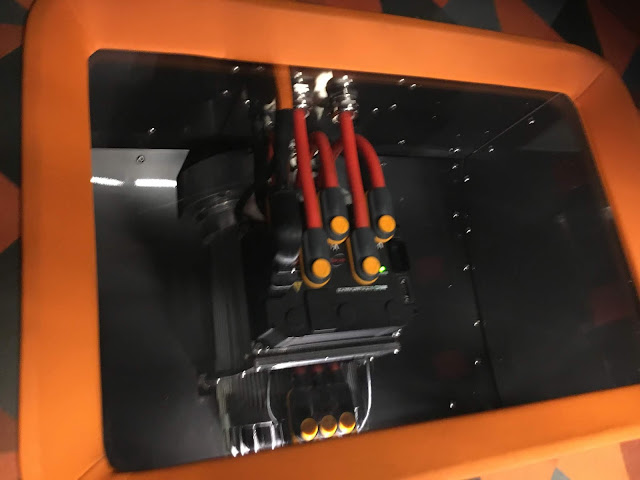 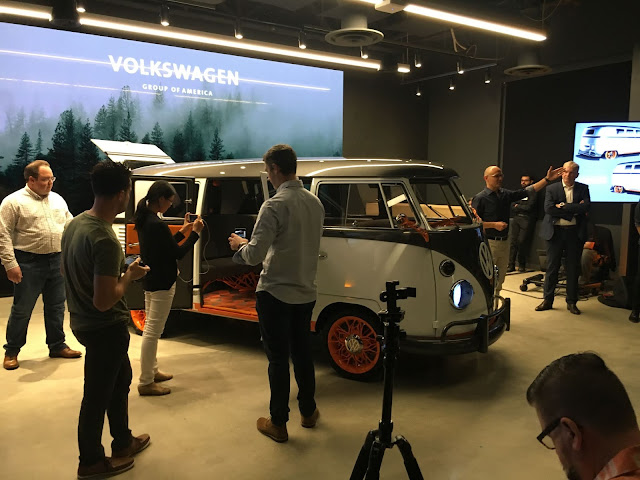 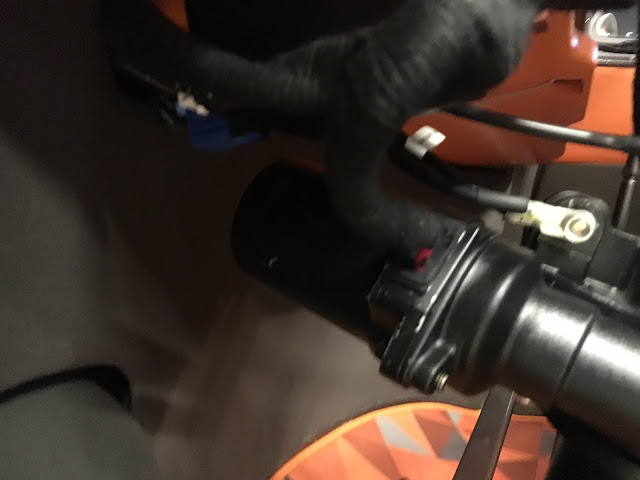 It's a little hard to see but there is an electric motor grafted into the Bus' steering shaft.

There were some cool touches that would fit on any VW Bus is they were available. Like electric power-assisted steering. Like some wild looking outside mirrors and wheels.

I am not entirely sold on autonomous cars but there will be a time in my life when I will be dependent on others to get around. It would be nice to have a car in the driveway that could take me to the store, library, or doctor. Either a car of my own or something like an autonomous Lyft/Uber.

Autonomous transportation may be unstoppable. But I do not see autonomous cars as the savior to all the traffic problems. Simply put unless we somehow get more people out of their individual cars our roads will stay overcrowded. I favor mass transit. So why not autonomous buses? Especially in major metropolitan areas where people have extreme commutes. Trains are nice but the infrastructure isn't really there yet. Buses do not need expensive infrastructure. Just a thought.