All You Have To Say is Jeep 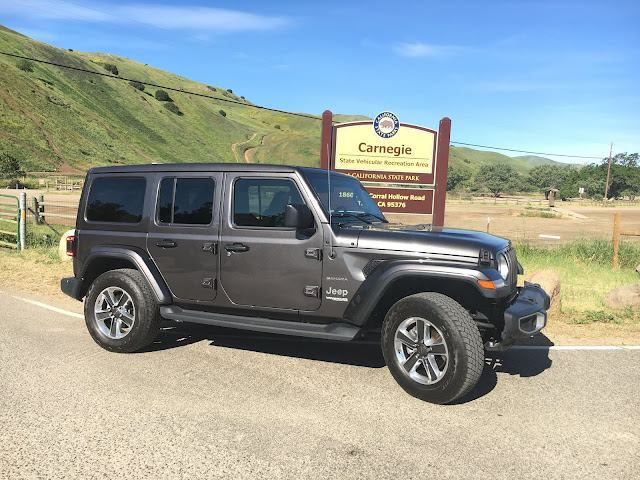 This is as close to off-road I got.

One word, that's all it takes and everyone knows what you're talking about - Jeep. Perhaps the most recognized brand and name in the world. Jeep - Generically used (much to the chagrin of FCA) to denote an off-road vehicle.

According to Wikipedia, "Prior to 1940 the term "jeep" had been used as U.S. Army slang for new recruits or vehicles, but the World War II "jeep" that went into production in 1941 specifically tied the name to this light military 4X4, arguably making them the oldest four-wheel drive mass-production vehicles now known as SUVs." 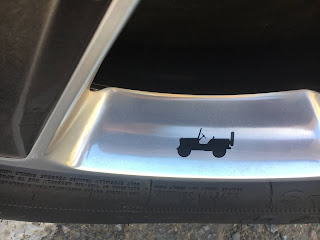 Jeep pays tribute to the Military Jeep (MJ) on its wheels.

Over its life Jeep has had many owners, some good, some not so much. Jeep started as a government contract for the military under Willys-Overland. Then onto Kaiser Jeep, American Motors, American Motors/Renault, Chrysler, DaimlerChrysler AG, Chrysler LLC, Chrysler Group LLC, and now Fiat Chrysler Automobiles (FCA). Proudly Jeep has never wavered.

The heart and soul of Jeep has always been the CJ (Civilian Jeep) no matter what other name it is called. Right now it is the Wrangler. The CJ has spawned a whole family of Jeeps but the Jeep everyone recognizes, no matter what year it is or how modified, is the CJ.

For me Jeep conjures up memories of the road service vehicle at Moriarty Brothers in Manchester, Connecticut. I spent many winter days driving that old CJ yanking cars out of the snow, and jumping dead batteries. There was no insulation in the cab and the only time the heater actually warmed the interior was when the Jeep was sitting still. That Jeep had the L-head, 4-cylinder.

Then there was the road service Jeep at a shop I worked at in Toronto. It had the odd-fire Buick V6, a veritable rocket ship for a Jeep of its time.

One thing I've never done is rock-crawling in a Jeep. That's not really my thing. I did once go on a Jeep media event where we drove through a dense forest in the pouring rain, slipping and sliding through the muck until the Jeep folks cried "Enough!" not because the Jeeps couldn't cope but because the support crew was getting soaked.

I even worked for American Motors (Canada) for a short time before they were sold to Chrysler. Those were some of the darkest days for Jeep.

But throughout my life I have never had a CJ/Wrangler as a road car, not even on loan. Until recently when I was loaned a 2018 Jeep Wrangler Unlimited Sahara 4X4 four-door. 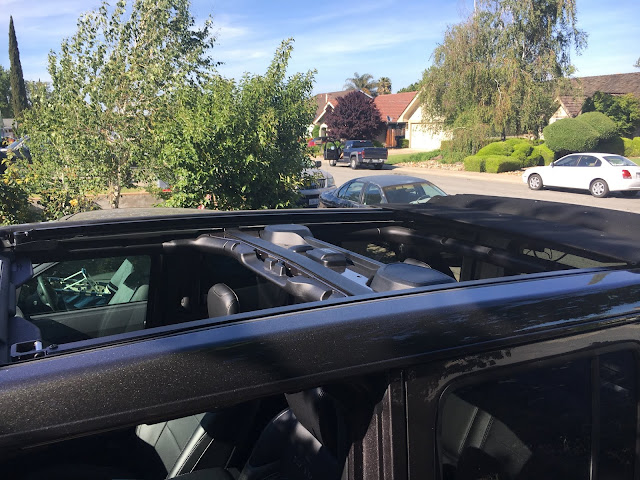 The Wrangler Sahara has an one-button, folding soft top and retains the structural rigidity needed.

Props to Jeep for somehow building a rough 'n' tumble off-road vehicle that is also a decent road car. I think that with every redesign the Jeep folks have to walk a very narrow path; they don't want to alienate the off-road people but they need to appeal to a broader market, a market that doesn't want a bone-jarring, latte spilling commute. The test Jeep straddled the divide.

The closest I got to going off-road was to take some pictures at the entrance to the Carnegie State Vehicular Recreation Area in Tracy, CA. I had my latte with me and didn't want to spill it (that's my story and I'm sticking to it).

I rarely open the hood on a test vehicle. Engines just aren't interesting or pretty to look at anymore. And I prefer to base my opinion on an engine by its performance rather than its paper specs. So based on the way it drove I assumed the Wrangler had the V6 engine - it was smooth and powerful.

My mistake. The engine was the 2.0-liter, turbocharged, DOHC 4-cylinder. It puts out 270 hp and 295 lb-ft of torque at 3,000 rpm. A modern V6 is available. The standard transmission with the four is an eight-speed automatic. It worked just fine.

Fuel economy is rated at 22-mpg city and 24-mpg on the highway. Not bad for a brick on wheels.

The 4-door Wrangler has a longer wheelbase (by 21.6") than the 2-door and this should translate into a smoother ride (I only drove a 4-door so I can't compare the two). I wouldn't say it was car-like but it was acceptable. Ground clearance is the same in either.

The Unlimited Sahara is about as nice as a Wrangler can get and its options made it even nicer (and much more expensive). It was so nice I would have felt guilty getting it filthy. The base price for the '18 Wrangler Unlimited Sahara 4X4 was $38,295 (a '19 is $100 more). With options that was pushed up to $53,445.

The one negative probably really isn't a negative. At first I thought the steering (Electro-Hydraulic Power) was overly sensitive, that it had too much boost. Then I thought about how many Jeeps are modified with bigger wheels and tires, and that some are used off road. It made sense that the steering was maybe a tad light.

So there you have it. Jeep is a thoroughly modern vehicle that still has that go anywhere in any weather ability. My dear friend Ronnie bought a used Wrangler he named 'Eric The Red' and he took his grand-daughters off-roading in it. They all (Ron, grand-daughter, and Eric) got muddy but their smiles said it all.