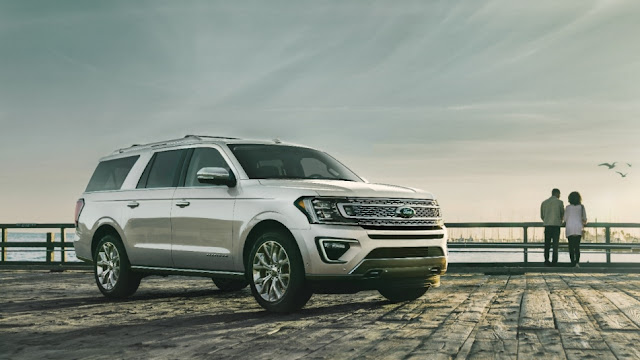 As the Rolling Stones sang, "Who wants yesterday's papers?" And then they also answered the question, "Nobody in the world."

So why review the 2018 Ford Expedition? I suppose I could 'upgrade' the '18 to '19 specs and pretend I tested a '19. But that wouldn't be honest. But many auto makers almost demand an article for every vehicle a writer is lent.

There may be some of you that need such a large vehicle, I do not. I young fellow I work with, who is single, and rather slightly built, loves big vehicles. I don't ask why.

In the week I had the Expedition I was always cautious because of its size. I'm used to driving vehicles much smaller than the Expedition. As the week went by I did become more comfortable with its size.

There was a highlight to the Expedition - the engine. I would have sworn it was a V8. It had that feel; it had the power. But it wasn't a V8; it was the 3.5-liter EcoBoost V6. Ford engineers have done their homework on the EcoBoost engines. This V6 puts out 375 hp on regular fuel and up to 400 hp with 97 octane. Best of all is the torque - 470 lb-ft!

The biggest reason Ford developed the EcoBoost line of engines was for fuel economy. The theory is that by turbocharging an engine you will have the best of both worlds - fuel economy of a smaller engine and the power of a larger one. It sort of works but lets face it even with extensive use of aluminum the Expedition still weighs nearly 6,000 lbs. and you're never going to get terrific fuel economy at that weight. I am more impressed with the performance than the economy. Car and Drive magazine clocked 0-60 mph in 5.7 seconds, and the quarter mile in 14.4 seconds. The quarter mile performance is near identical to what a 1967 Ford Fairlane GT (390 w/4-speed) I owned clocked.

Ford and EPA say the Expedition is rated at 17-mpg in the city and 22-mpg on the highway. I came close to the highway figure but around town was one or two mpg lower.

One other thing I liked about the Expedition was the power running boards. They fold up flush looking like they are the rocker panels until you grab the door handle, any door handle, and then they fold down to give you a step up (believe me you need that step up). Unlike many truck or SUV running boards these are nice and wide.