It's never to early to make plans for the thrilling 2019 season at WeatherTech Raceway Laguna Seca! 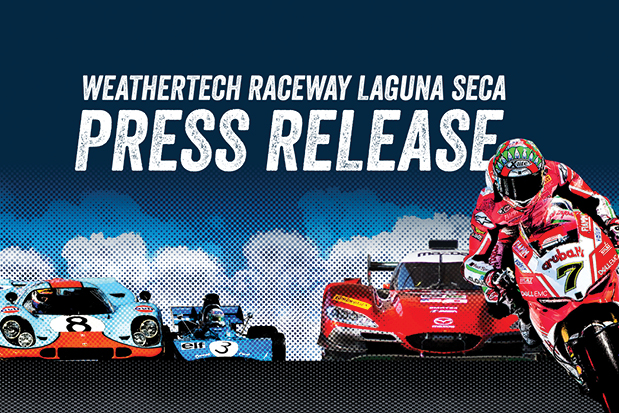 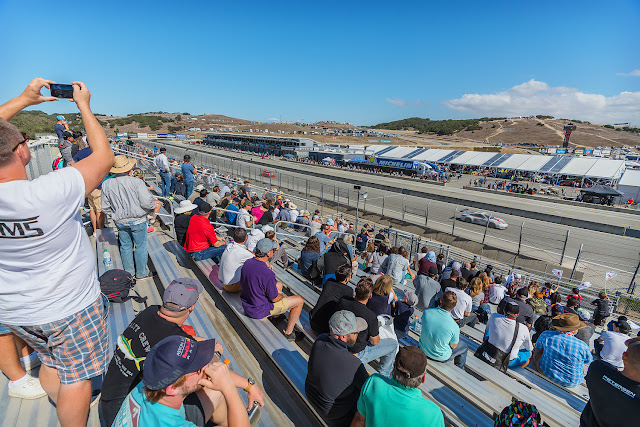 Tickets, camping and VIP hospitality for are available for these exciting events as well as the highly anticipated INDYCAR Monterey Grand Prix on September 20-22, which was previously on sale. Discount pricing is available for those attending both the IMSA and INDYCAR events during "Monterey Speed Week."

Tickets for Trans Am SpeedFest, May 2-5, and Monterey Motorcycle Festival featuring MotoAmerica, July 12-14, will be available beginning on January 9, 2019, at 8 a.m. PT.

Tickets and information are available by visiting www.WeatherTechRaceway.com and by calling 831-242-8200.

• Ferrari Challenge & Corse Clienti F1 cars descend into Monterey on May 9-12. The single-marque Ferrari Challenge North America series sparks the enthusiasm of Prancing Horse fans and owners alike. Competition among Ferrari 488s in 2018 ranged from professional drivers to notable amateurs such as Hollywood actor Michael Fassbender. The Corse Clienti Formula 1 program enables a small group of people to purchase F1 cars and use them to the fullest with tutelage from Scuderia Corsa drivers. (Tickets)

• The Monterey Pre-Reunion on August 11-12 kicks off Monterey Classic Car Week with more than 300 historic race cars taking to the legendary race track. The low-key exhibition has become the hidden gem of Monterey Classic Car Week with the experience of an abundance of incredible race cars on the track and in the paddock that fans have come to expect at the Rolex Monterey Motorsports Reunion with less crowd and pageantry. (Tickets)

• The prestigious Rolex Monterey Motorsports Reunion, a cornerstone of Monterey Classic Car Week, returns on its traditional date of the third week in August. The Rolex Monterey Motorsports Reunion on August 15-18 will feature 550 cars selected for their history and race provenance. The 50th anniversary of the International Motor Sports Association (IMSA) will be celebrated as featured marque throughout the four-day event with legendary cars and drivers from the series’ illustrious past, present and future. (Tickets)

• The IMSA WeatherTech SportsCar Championship returns for its penultimate race of the season on September 13-15 to kick off “Monterey Speed Week.” The technologically-advanced prototype and GT cars will do battle with championships on the line in an always thrilling race. The new, seven-race WeatherTech Sprint Cup series will hold its deciding race of the 2019 season in Monterey. (Tickets)

• Indy cars return to Monterey for the first time in 15 years with the INDYCAR Grand Prix of Monterey on September 20-22 for what will be the crown jewel event in the 2019 race schedule. The champion will be crowned during the season ending event that brings INDYCAR back to its spiritual road racing home. Memories such as Alex Zanardi passing Bryan Herta during the last lap on the Corkscrew in 1996, Mario Andretti’s emotional retirement in 1994 and Bobby Rahal’s remarkable four consecutive wins will be rekindled while five-time champion Scott Dixon and a grid full of talented drivers bring incredible racing to WeatherTech Raceway Laguna Seca. (Tickets)