File this under too strange to be true but it is!

On Christmas Eve we had friends and family over. At one point our son Phil had to go out to his car to get something. When he came in he said, "It's all good, our car still has its wheels." So I started to tell the story of the Camry and the stolen wheels. I was about half way through the story when our daughter-in-law's Uncle, Ted Mendelson, owner of Mendelson's Auto Body in San Ramon, stopped me and asked, "Was this a red Camry?"

Long story shortened, Ted has a contract with Toyota and they had contacted him to get this Camry from Tracy and fix it. Talk about it being a small world. 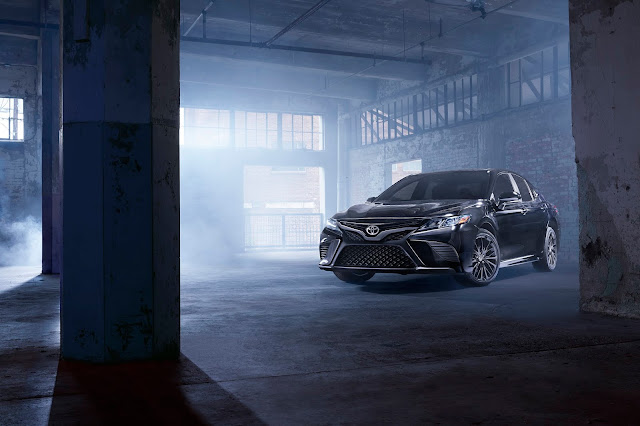 I was going to write a full review of the '19 Camry XSE V6 but some lowlife took the wheels and tires in the wee hours one night. I got the Camry on a Thursday and sometime in the early hours of the following Monday someone jacked it up, removed the wheels, and left it on blocks. Later Monday morning it was loaded sans wheels and tires onto a flatbed and it left my care. A rather ignominious end to what seemed like a really nice visit with the Camry.

So if I didn't get to do a full week with the Camry, and I didn't take any pictures (I usually take my pics near the end of my stint) why bother writing this article? Good question.

I was very impressed with the Camry. Toyota has given their family sedan the looks of a luxury vehicle, at least in the XSE version. And that got me to thinking about what I call the Mercury problem.

What's the Mercury problem? It's the fact that a Mercury, any Mercury, was a Ford with slightly different trim. Years ago Mercury was a step above Ford and a step or two below Lincoln. Even when Mercury shared mechanicals with Ford the styling was different. Then in the '80s Mercury started looking like a Ford with a different grille. Mercury lost market share and was finally put out of its misery. Mercury isn't the only example of this, over at GM Pontiac and Oldsmobile have disappeared. Fiat Chrysler America dropped Plymouth.

How does this relate to the Camry? Take Toyota's kissing cousin Lexus. Some Lexus models are based on Toyota models. The Lexus ES 350 is based on the Camry's platform. They share the same 3.5-liter V6 although the Lexus version is rated at one horsepower more - 302 versus 301. They both use an 8-speed automatic transmission.

There are differences to be sure. I haven't driven a '19 ES 350 but past years' versions have been very luxurious, more than any Camry. But the difference isn't that great in my opinion. The XSE was very well equipped.

So far Toyota/Lexus have not fallen into the Mercury problem. They have done an excellent job of making the two models different enough that there are Camry customers and there are ES 350 customers.

My personal tastes lead me to the Camry XSE. It was kind of a grand touring car - very well equipped but still sporty enough to enjoy on the back roads. I also like the look of the Camry over the ES 350. I think the front end of the Camry is more appealing. 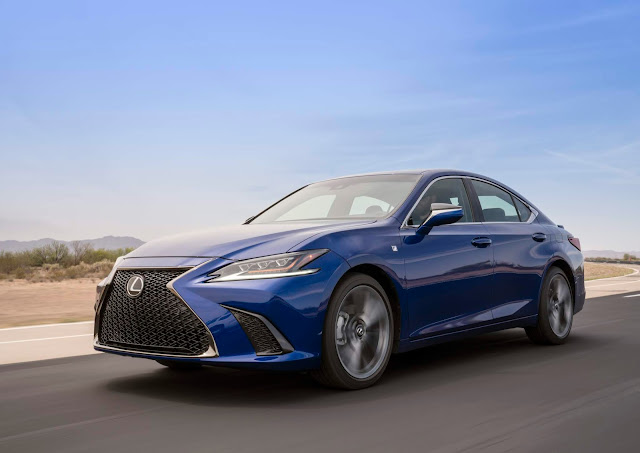 To whoever took the wheels and tires thanks for spoiling what should have been a good week driving a really nice car. To Toyota I can only say how sorry I am that this happened on my watch.
Email Post