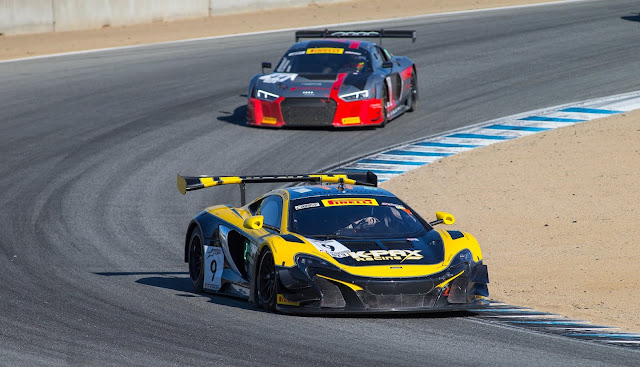 Each team has three co-drivers and strategically plans for driver changes, tire wear and fueling in a rousing game of high-speed chess. At the inaugural event in 2017, Audi took the top spots on the podium with the No. 44 Audi Sport Team Magnus Audi R8 LMS securing the win and the No. 29 Audi Sport Team Land Audi R8 LMS finishing second. Audi will be among the favorites in their return with a three-car factory effort.

K-PAX Racing fielded the only other entry to make 314 trips around the 11-turn, 2.238-mile road course to finish on the lead lap in 2017. The returning teams realize that the bar is being raised by the additional competition in 2018.

"It was a great event last year, and I certainly think this year will be an improvement – even over what it was already," said Bryan Sellers, co-driver of the No. 9 K-PAX Racing Bentley Continental GT3. "I expect more cars, better competition, and that means we’ll definitely have to be on our game to produce a good result."

The Intercontinental GT Challenge brings talent from across the world to its only event held in North America, and several storylines are unique to the circuit owned and operated by Monterey County. San Carlos, Calif., resident Jeff Westphal, who won the GT4 category with Rearden Racing last year, will compete for GT3 and overall honors as one of the drivers of the Vital Speed Motorsports Ferrari 488. Northern California will be represented by the No. 88 BMW M4 GT4 fielded by Stephen Cameron Racing, which is headquartered at nearby Sonoma Raceway, and the Rohnert Park-based No. 34 Murillo Racing Mercedes-AMG GT4.

Bryan Herta, who scored Indy car wins at WeatherTech Raceway Laguna Seca in 1998 and 1999, will be back behind the wheel of one of the two Bryan Herta Autosport Hyundai i30 N TCRs in which he will join son Colton – the 2018 Indy Lights runner-up and impending 2019 INDYCAR rookie – and George Kurtz as co-drivers.

Weeks after the highly-successful Porsche Rennsport Reunion VI drew a crowd of more than 81,000 to WeatherTech Raceway Laguna Seca, the German automaker will be represented with three Porsche Werks drivers – Romain Dumas, Fred Makowiecki and Dirk Werner – sharing duties behind the wheel of the Wright Motorsports Porsche 911 GT3 R.

This event will also see the endurance racing debut of Steven Aghakhani in the US RaceTronics Lamborghini Huracan in the GT Cup category. At 15 years old, the Southern California native will be the youngest driver on the grid.

The Intercontinental GT Challenge cars will practice on Friday, October 26, and qualify on Saturday, October 27, with the top 15 qualifiers competing in a Pole Shootout at 2:40-2:55 p.m. The California 8 Hours, the first and final hours of which will be broadcast on CBS Sports, will take place on Sunday at 9:15 a.m.-5:15 p.m.

Blue Marble Cocktails Radical Cup North America will also be competing during Friday and Saturday with winners being crowned in 40-minute races at the close of Friday action and during morning and afternoon races on Saturday. The single-marque series is comprised of Radical SportsCars led by their flagship race car, the RXC Spyder, an open two-seater which features a twin-turbocharged Ford EcoBoost V6. 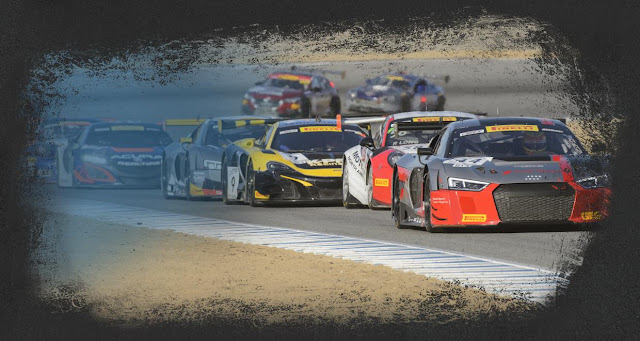 The complete schedule is available here. Tickets and VIP hospitality are available by visiting www.WeatherTechRaceway.com or calling 831-242-8200.

I may have to retire from my part-time job so I can attend more great events at WeatherTech Raceway Laguna Seca! B. Hotchkiss
Email Post