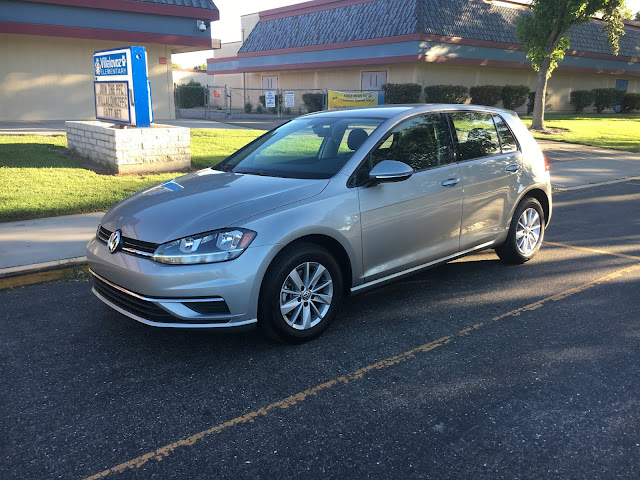 The two cars are had nearly identical powertrains with the exception of the all-wheel-drive on the Sportwagen. They both use a 1.8-liter, turborcharged 4-cylinder that makes 170 hp and 199 lb-ft of torque. Not exactly earth-shattering figures but magazine tests say the Golf 4-door will get to 60 mph in just over seven seconds. I imagine the Sportwagen would be a tad slower due to its increased weight (335 lbs.).

Both cars had a 6-speed manual transmission. As much as I like shifting for myself it was a bit tedious in traffic, especially when I tried to follow the fuel economy upshift indicator. It seems that many makers report better economy with an automatic transmission but VW claims ever so slightly better economy with the manual, probably due to that indicator telling me when to upshift. 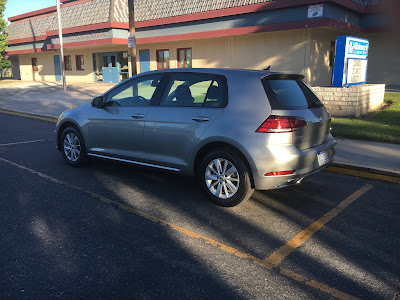 The Golf TSI sedan is rated 25-mpg city and 34-mpg highway. The Sportwagen 4MOTION is rated at 22 and 31 respectively.

I don't need AWD so I'd opt for just the FWD Sportwagen if I was in the market.

Volkswagens are kind of no nonsense vehicles. In today's world these two are about as bare bones as you'd want. Power windows, A/C, that sort of thing but the only really nanny device is that upshift indicator.

One welcome feature I noticed on the Sportwagon was a system that holds the brakes on for just a tad once you take your foot off the brake pedal. No rolling backward when starting off uphill.

Volkswagen gets high marks in my book because the seats are easy to get in and out of; they are just about the right height. I don't understand why the seat back angle is adjusted electrically but not the fore/aft of the whole seat. It just seems to be the VW way. The front seats seem overly firm at first but they offer good support.