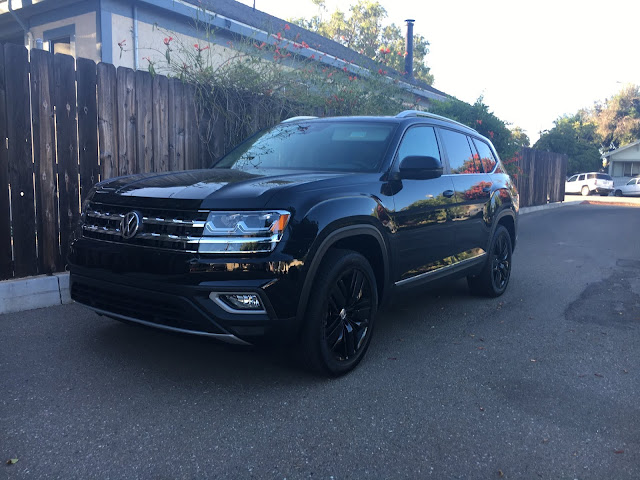 VW has come a long way in the past decade. Some good and some not. I remember testing a Tiguan back when it was first introduced and liking/hating it. It drove well but it had about a zillion tiny buttons for all the dash controls. Then there was the diesel fiasco (a friend commented that he'd never trust VW to tell the truth again).

It seems to me that VW has been playing nice recently. I am sorry that they've deleted diesels from their line-up but I understand. VW's vehicles are not "wowie-zowie" looking which means to me that they will not seem passe in a few years. The ones I've tested are a pleasure to drive.

I am not someone who would buy a large SUV so when VW announced the Atlas I was like, yeah whatever. But being the dedicated journalist that I am (a little snicker here) when offered one to test I jumped at the chance. 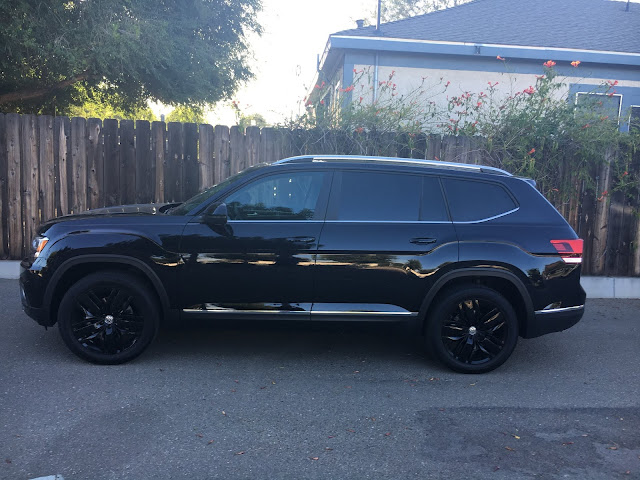 Perhaps it is just coincidental that the Atlas looks similar to the Explorer and mirrors its size, perhaps not. Thanks to the large VW emblems front and rear there should be no mistaking the Atlas for anything but a VW. 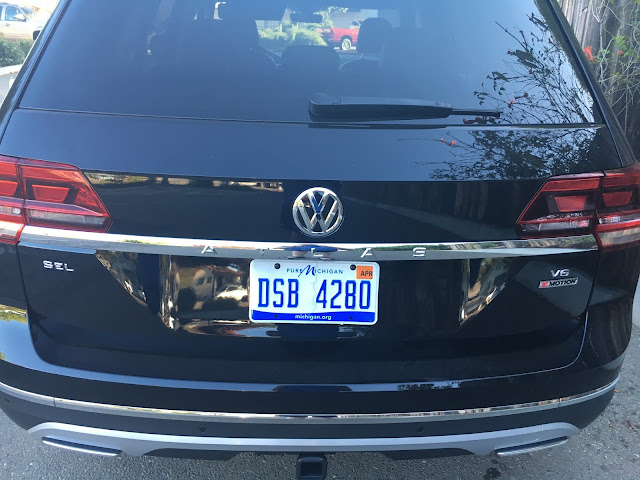 I'll tell you right away what I really liked about the Atlas - the ride. So many SUVs ride like the trucks they are but the Atlas rode more like a car. That's not to say the ride was mushy but that it handled bumps, including speed bumps, with aplomb. 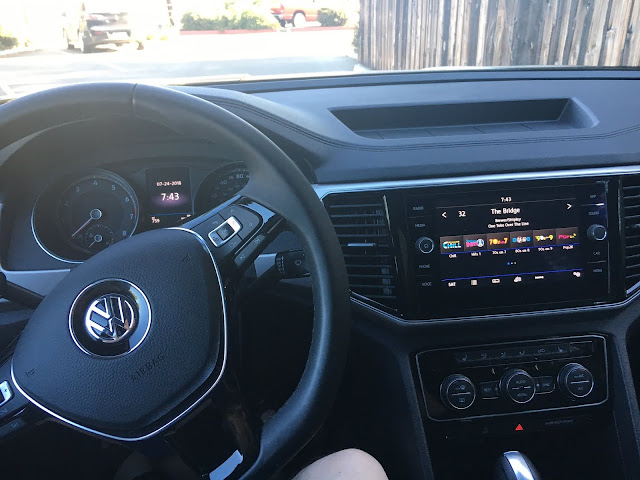 I also like the simplicity of the controls. Yes there are switches to change this or that that may send you to the owner's manual for direction but for the most part you can climb in and drive it without having to ask your kid how to program something. Oh yeah, the Atlas also has a real gear shift lever!

Every Atlas is a 7-passenger vehicle (2 up front, 3 in the rear seat, and 2 in the way back seat). Like most, the very rear seat is best left to children or folded down for cargo area. 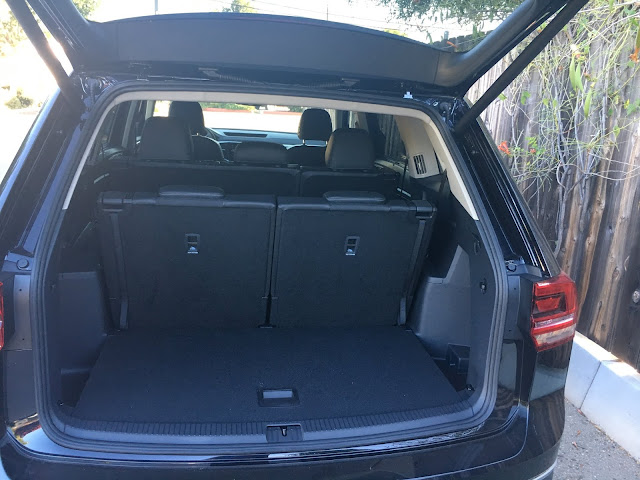 Cargo volume (I do wish auto makers would cite square footage instead of volume) goes from 20.6 cubic feet behind the rearmost seat to 96.8 cu. ft. with the rear and middle seats folded down.

Towing is an important figure for many SUV owners (boats mostly around here I suspect). The Atlas with V6 can tow between 2,000-5,000 lbs depending on equipment.

Were there negatives? Of course, no vehicle is perfect. The test Atlas was a beautiful Deep Black Pearl Metallic with a Titan Black Leatherette interior. Even the rims were black. Really looked sinister in a nice way. Except the week I had the Atlas was one of the hottest we've had; over 100 every day. Thankfully the A/C worked great but getting behind the wheel after the Atlas had been sitting in the sun for even a half hour was like climbing into a blast furnace. And the seats! Nice that they were heated (not that I used that feature) but I sure would have liked seat coolers. So many vehicles pump cold air through little holes in the front seats that I'm amazed VW doesn't. Even with the A/C blowing ice cold air my back and butt were too warm.

I liked the Atlas. I think it's a worthy competitor. I doubt that VW will sell anywhere near the numbers their North American competitors will but I think Atlas buyers will be satisfied. 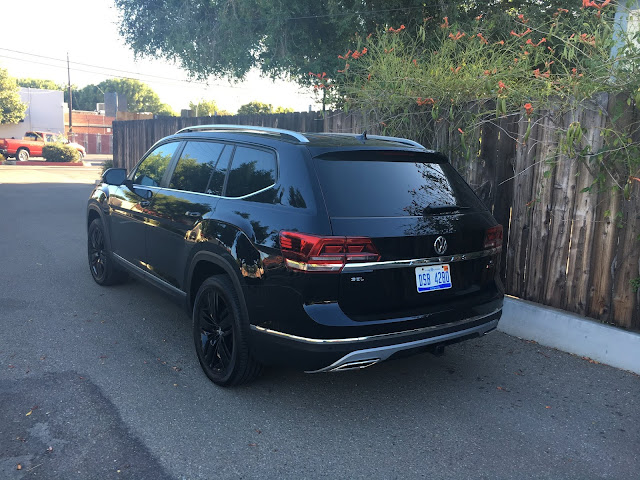