Sometimes multi-make car companies confuse me building almost identical versions of a model and selling it under two different nameplates. Almost every company does it, some more successfully than others. Mercury has disappeared at least partially because there wasn't much difference between their models and Ford's. Somehow Lexus is able to pull it off. Take the Lexus NX 300 for example.

The NX is essentially a RAV4 - same wheelbase, same layout, vastly different vehicles. Lexus is able to command about a $10,000 premium for the base NX 300 over a base RAV4. Whether it is worth it or not is up to you.

I tested a 2018 NX 300 F Sport. I was kind of torn by the NX 300 F Sport. I like the size - smallish SUVs suit my lifestyle. They are large enough to transport four people in comfort or two people and a ton of stuff (okay not a literal ton but a bit more than a half ton). But I really don't need all the luxury touches (although I do appreciate them) the Lexus has over the Toyota.

The 2.0-liter, turbo-charged four-cylinder makes 235 hp and 258 lb-ft of torque. That's almost 60 hp more than the RAV4's 2.5-liter engine. They both use a 6-speed automatic and they both have All-Wheel-Drive as an option. I know that many of you think you have to have AWD. I don't. But, and this is a big but, AWD is not the drag on performance that it once was. Lexus says an AWD NX 300 is 2/10s of a second quicker to 60 mph than the FWD version. Fuel economy for all intents is the same. Thanks to a slightly numerically higher final drive gear ratio (4.117:1 versus 3.888:1) the F Sport is rated 1 mpg lower on the highway. EPA rates the fuel economy at 22-city/28-highway FWD & AWD with the F Sport getting 22-city/27-highway. 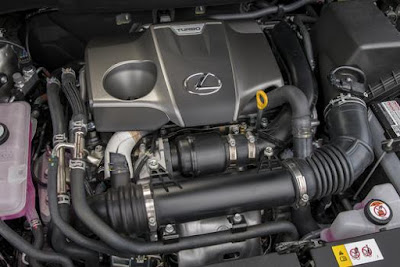 I won't go into all the stuff you get with a NX 300. Suffice it to say that if it isn't available you probably don't need it. 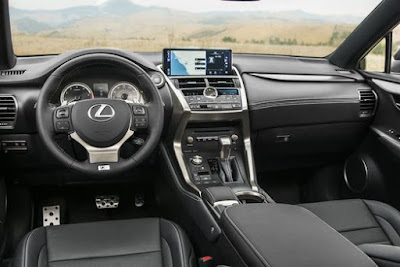 Is it worth it? Lexus is able to convince enough potential buyers that it is and who am I to argue? 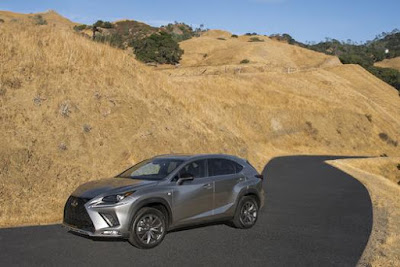