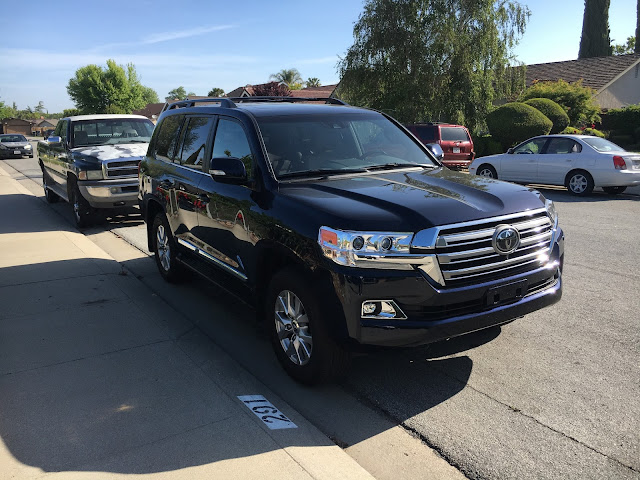 Getting in the '18 Land Cruiser was almost deja vu. It wasn't that long ago that I tested a Lexus LX which is an upmarket Land Cruiser. And upmarket is relative. The Cruiser bumps up against the LX in many ways including price.

What I don't get is that the Land Cruiser a long, long time ago (1951) was built as a Jeep-like vehicle. It evolved over the years but always kept a utilitarian feel until about 1980. But it wasn't until this century that it started to go full on luxo-boat.

There's not much to say about the Land Cruiser that I didn't say about the Lexus LX. They both have virtually the same engine - a 5.7-liter DOHC V8. In the LX it is rated at 383 hp while in the Land Cruiser it is 381 hp. Both use an 8-speed automatic transmission, and both are rated at a mediocre 18-mpg on the highway and 13-mpg around town. Regardless they are both rated as ULEV II (Ultra Low Emission Vehicles II). So all the gas you burn is used cleanly?

As much as I like Toyota vehicles, and trust me I think Toyota/Lexus builds some of the most reliable vehicles on this planet, I cannot honestly recommend either SUV (to be fair I am not a fan of big SUVs of any make). They are too big and too thirsty. 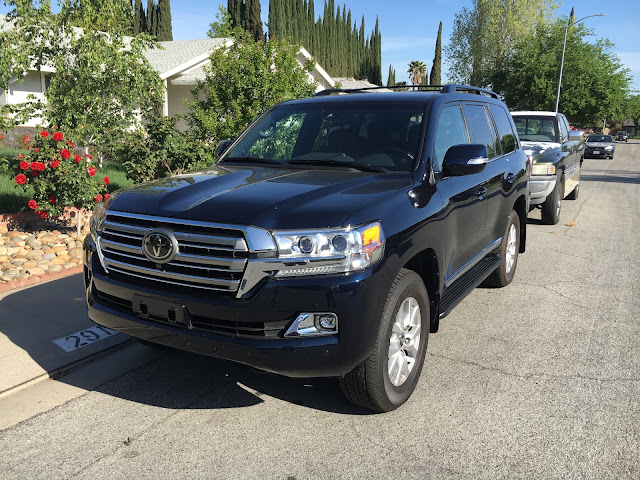