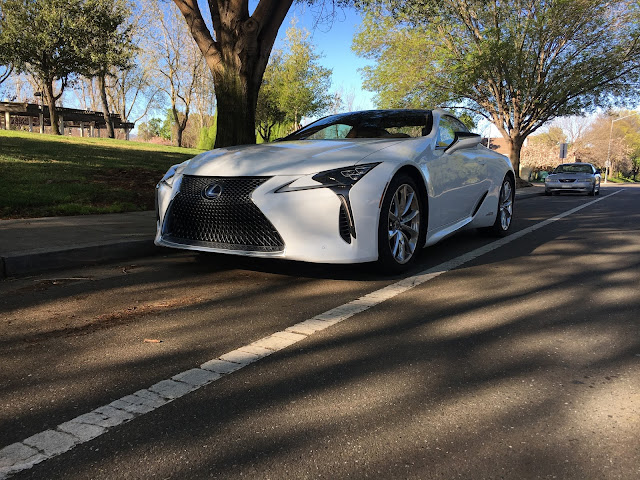 I spent ten minutes yesterday and another five today trying to pair my iPhone with the the LC's system to no avail.

When my wife got in the car today she asked if the seat heater was on. I didn't turn it on. We hunted high and low for the switch and couldn't find it. Later I looked into the owner's manual and found how to operate it. It isn't easy and I wouldn't recommend trying while you are driving. There is an automatic feature but I couldn't figure out how to operate it. I tried voice control but only succeeded in changing the radio from SiriusXM to an AM station (how did it equate "Seat Heater" to AM 840 I will never understand).

I will have a complete review of the LC Hybrid in a week of so but as of now it's just to darn complex for me. 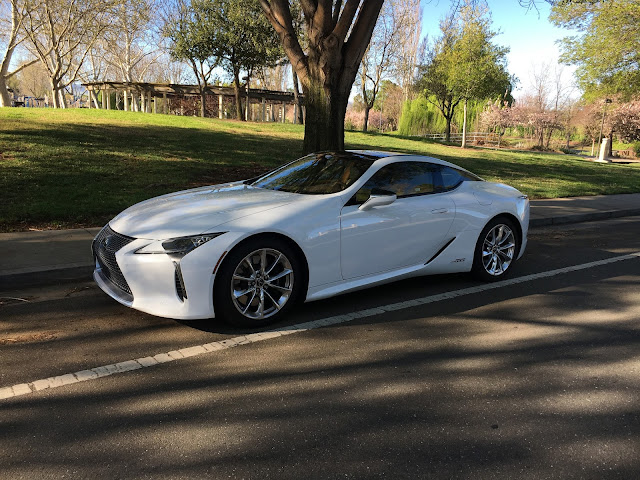 I'm not going to bad-mouth the sports car aspects of the LC; I'm old so getting in or out of anything that sits this low is a pain - literally. Once ensconced in the leather seats I was comfortable. I will say that in parking lots where the doors cannot be opened fully I keep scraping my size 12s on the door speaker on my exit.

Lexus says the LC is a four passenger vehicle. Like many sports coupes the rear seat is where you stick your enemy. It really would be cruel and unusual punishment for a full-size adult to sit back there.

The heart and soul of a sports car is its powertrain. Being a hybrid there are three powerplants - a 295 hp, 3.5-liter V6, and two electric motors. Combined power equals 354 hp. That power is sent through what Lexus calls a "Multi Stage Hybrid Transmission". From a diagram it looks like a combination electric motor and conventional automatic transmission.

It seemed to me that Lexus has used technology not to actually address issues but to show that they can. Three examples: The first is the seat heater control. Instead of a simple switch that you can easily operate while driving you have to go through four screens to get to the control. 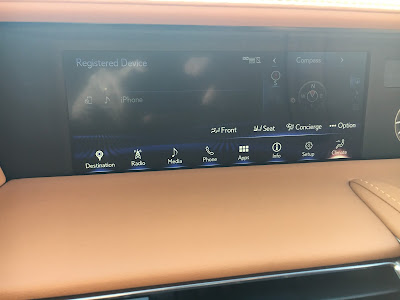 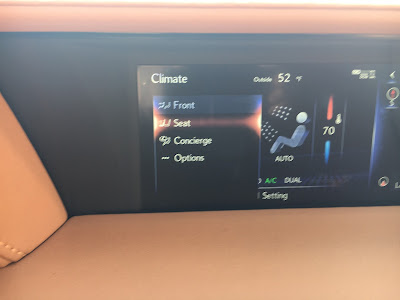 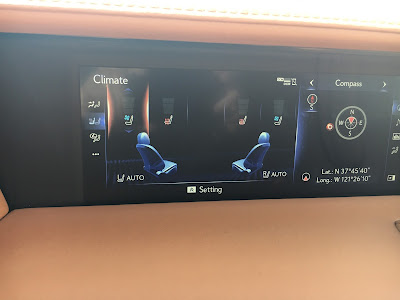 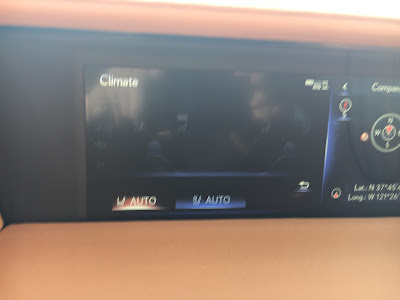 Now maybe you could do all of this with voice control. But the voice control had specific terms you had to use. And I find this strange. The voice assistants on smart phones or the devices you can buy for your home do not require specific info. I have an iPhone; I can tell Siri to search for anything and usually "she" complies. Why can't a car have a similar system? Why can't I push the button and say, "turn on the seat heaters"? It really should be that simple.

The other silly and useless use of technology is the instrument panel. It is a fairly simple instrument setup, a large tach with a digital speedo in the center of the tach, and bar graphs for coolant temperature and fuel level. But for some reason when you turn the car off the tach slides over to the left. When you start the car it slides back to the center. Why? There is absolutely no point to it.


And finally  there are the outside door handles. When you unlock the car they automatically pop out about an inch so you can get your fingers under one to open the door. I have to wonder how well they would work if covered with ice. And it makes me think of the old line attributed to Mae West, "Is that a pistol in your pocket or are you just glad to see me." 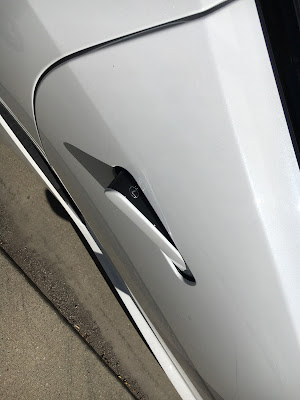 The LC 500h (and the non-hybrid LC 500) have the makings of a really good, maybe great, GT. Lexus just needs to reconsider what a true GT should be. Gran Turismo or Grand Touring is a high performance luxury car. It does not have to be a rolling laboratory for computer geeks to stick in everything they can think of. Dial it back a bit Lexus.

Along the same vein I'm not sure why a hybrid GT is needed. It seems to me that the people who can afford a car in this price range can afford the fuel. Yes the LC 500h gets great fuel economy (it is rated at 35 mpg on the highway; I got slightly better) but I would venture a guess that the V6 all by itself might be capable of around 30 mpg (the 471 hp, 5.0-liter V8 is rated at 26 mpg highway).

So here's my prescription for a better LC GT - Keep the V6 but supercharge it (Lotus uses the same basic engine and with a supercharger and it produces 400 hp). I'd prefer a manual transmission but Lexus makes some excellent automatics that would work just fine. Delete some of the frivolous electronics, and put in a voice control system that works (a true GT driver doesn't need the distraction of trying to figure out how to heat the seats, tune the radio, etc.). You'd end up with a GT that was almost the equal to the V8 in acceleration and top speed, better it in fuel economy, and most likely would better it in handling due to a better weight distribution. 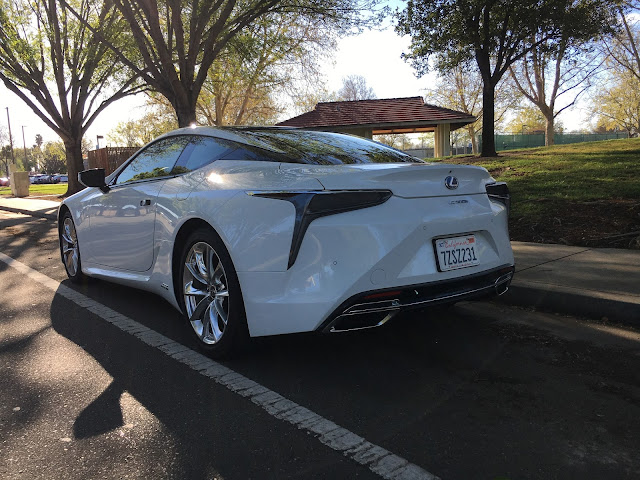