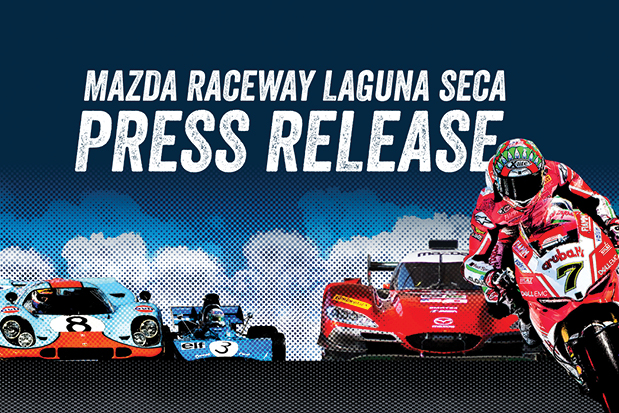 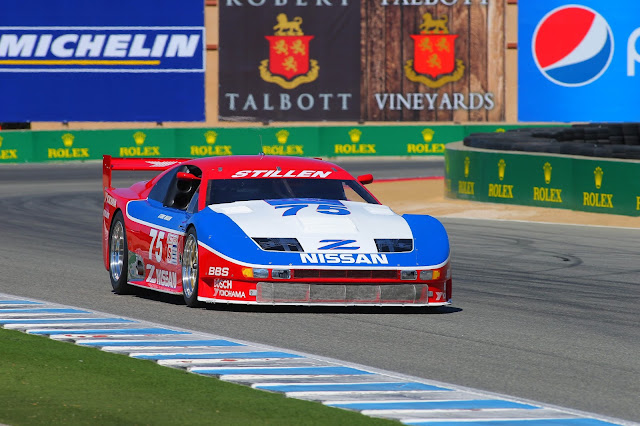 MONTEREY, Calif., February 26, 2018 — On the occasion of the 50th anniversary of corporate involvement in motorsports that continues today, Nissan has been named the featured marque of the Rolex Monterey Motorsports Reunion to be held at Mazda Raceway Laguna Seca August 23-26.It was in 1968 that Nissan captured its first of two consecutive wins at the Japanese Grand Prix with the Nissan R381. In America, Bob Sharp was setting the tone for things to come when he won the SCCA F Production Championship in his Datsun 1600 Roadster. In 1969, former Shelby American designer Peter Brock became the West Coast Datsun factory team with his Brock Racing Enterprises (BRE) team and his iconic BRE-liveried red, white and blue Datsun 2000 Roadsters. From 1970-72, BRE, with driver John Morton at the wheel, won four national championships. Two C Production Championships with their Datsun 240Zs and two prestigious Trans-Am 2.5 Championships with the BRE Datsun 510s. From 1970 to 1975, the powerhouse Bob Sharp Racing team dominated SCCA B Sedan and C Production with ten podium finishes in eleven season-ending races, as well as the IMSA GTU title in 1975. During these years, Sharp introduced actor and aspiring racer Paul Newman to his team.Nissan dominated IMSA racing in 1988 and ‘89. In 1988, Geoff Brabham, normally partnered with seasoned driver John Morton, won almost every race, taking nine wins (including eight in a row). Nissan won the IMSA Manufacturers Championship in ‘88, ’89 and ’90.Versatile New Zealander Steve Millen carried Nissan’s motorsports legacy into the 1990s. Between 1990 and 1995, Millen scored 20 wins and 23 poles, both all-time marks in IMSA GTS history, driving the iconic No. 75 300ZX with a powerful twin turbo VG engine for Clayton Cunningham Racing. The winner of the 1992 and 1994 Drivers’ Championship heroically returned from injury in 1994 to capture wins at the 24 Hours of Daytona and 12 Hours of Sebring and win his class at 24 Hours of Le Mans. To commemorate the dream season, Millen restored and drove the No. 75 300ZX at the 2014 Rolex Monterey Motorsports Reunion.“This is the first time an Asian automaker’s racing heritage has been celebrated at the Rolex Monterey Motorsports Reunion and we are thrilled to welcome Nissan and its extensive racing history into the historic racing scene,” commented Gill Campbell, senior VP of Laguna Seca. “From the early Datsuns to more modern day Nissans, their achievements have earned the respect of racers and deserve to be recognized.”The annual gathering features 550 historic and period-correct race cars from nearly every era competing on the 2.238-mile road course. Akin to a museum revving to life, the Rolex Monterey Motorsports Reunion celebrates motorsport history for four full racing days for fans’ enjoyment. Supporting the on-track racing is a bustling paddock that is open to everyone, Q&A sessions with legends, special exhibition laps and a full marketplace of vendors exhibiting a wide range of automobilia and products. For motoring enthusiasts, there is no better place to be in the world than at the Monterey Classic Car Week.The Rolex Monterey Motorsports Reunion was recently recognized by the FIA, which awarded the FIA Founding Members’ Club Heritage Cup. It was bestowed to the Sports Car Racing Association of the Monterey Peninsula (SCRAMP), which manages the County of Monterey-owned Laguna Seca Recreation Area. It is the first time such an honor has been awarded to an organization in the United States.Individual day tickets and full hospitality packages are available in advance by calling 831-242-8200 or online at www.mazdaraceway.com. 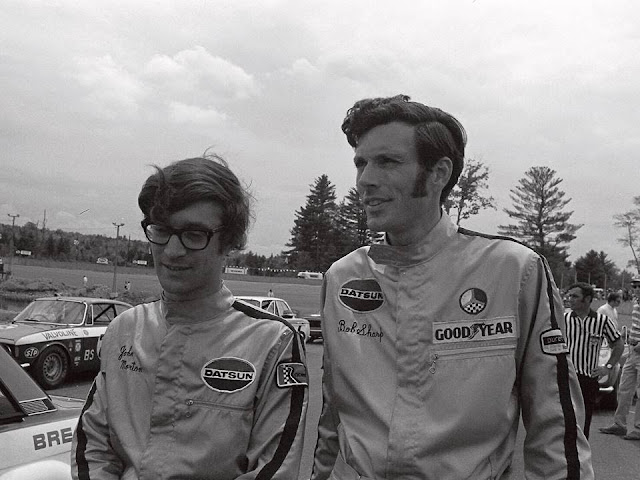 John Morton, left, and Bob Sharp are two of the most well known drivers in the decorated racing history of the Nissan Z®.