I've said it over and over again that we in Northern California have one of the world's great road courses situated in one of the most beautiful parts of the world.

I admit I don't get down to Mazda Raceway Laguna Seca often enough but when I do I savor the time.

Congratulations to the track, SCRAMP, and the Rolex Monterey Motorsports Reunion. 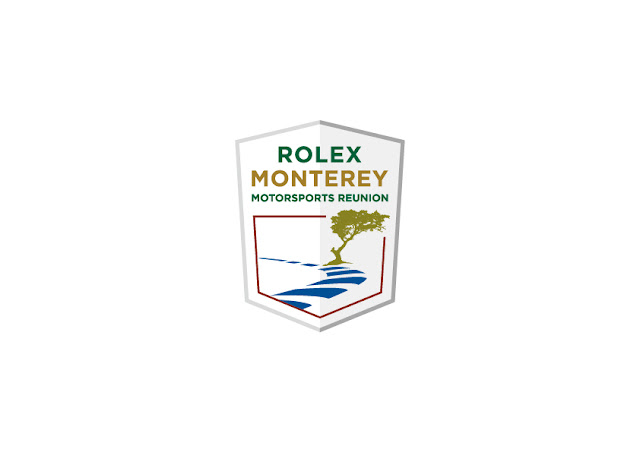 MONTEREY, Calif., October 23, 2017 — For the fifth consecutive year, a panel of expert judges for the Octane Awards (formerly known as the International Historic Motoring Awards) has named the Rolex Monterey Motorsports Reunion a finalist for the Motorsport Event of the Year. In 2015, the Sports Car Racing Association of the Monterey Peninsula (SCRAMP) was awarded the top honor for Porsche Rennsport Reunion V held at Mazda Raceway Laguna Seca, which was also selected to host Porsche Rennsport Reunion VI in 2018.

“To have the Rolex Monterey Motorsports Reunion named a finalist along with four other internationally-acclaimed historic racing events for the fifth straight year is a tremendous honor,” said Gill Campbell, general manager of Mazda Raceway Laguna Seca, which has hosted and produced the event since 2010. “It is a testament to the 500-plus participants who share their prized cars with our fans and to the enthusiastic support from the people and businesses of Monterey County for the largest event of Monterey Classic Car Week.”

Now in its seventh year, the Octane Awards recognizes and celebrates the skill and acheivements of the worldwide historic motoring industry. The event comprises 18 award categories ranging from Museum of the Year to Motorsport Event and Personal Achievement. The awards ceremony will take place at a black-tie gala at the Underglobe beneath Shakespeare’s Globe Theatre in London on Nov. 16.

The 2017 Rolex Monterey Motorsports Reunion celebrated the 60th anniversary of Mazda Raceway Laguna Seca and played host to the Formula Junior Diamond Jubilee worldwide tour. A Racing Through the Decades display featured race cars from throughout the track’s history from Pete Lovely’s 1956 Ferrari Testa Rossa that won the inaugural event in 1957 to the K-PAX McLaren, the most recent professional winner. SCRAMP believes that a car’s beauty, sounds and history do not diminish with age, and they are to be raced as they were originally designed to do for the enjoyment of all generations. This is what distinguishes the Rolex Monterey Motorsports Reunion from other vintage events.