It's October and the 2018s are in the showrooms. Not every car I get to test can end up in the Tracy Press so some 2017s that didn't make it into the paper are going to be posted here. This is the first.


When the first generation Toyota Highlander was introduced it was a fairly, by today’s standards, basic vehicle. Essentially it was a tall Camry station wagon. Toyota called it a SUV.

My first impression of the 2017 was that it was a huge vehicle but it really isn’t that much bigger than the original. Except for the weight; the new Highlander weighs around 700 pounds more than the original. The test Highlander weighs a portly 4,590 lbs. Magazines reported that a similar Highlander SE AWD sprinted to 60 mph from a dead stop in 7.2 seconds, ran the quarter mile in 15.5 seconds with a terminal velocity of 92.6 mph. By comparison my ’67 Ford Fairlane GT with a 390 cubic inch V8 and 4-speed ran 14.6 seconds and 96 mph; it weighed about a 1,000 lbs less. But let’s face it the Highlander is not a race car; it’s a family car.

The SE is not the most luxurious, that would be the Limited, but it is pretty fancy. I have to wonder if Toyota is infringing on its up market cousin Lexus.  Heck I’m no marketing genius but the Highlander is pretty close to the Lexus RX in size and there is overlap in the prices. 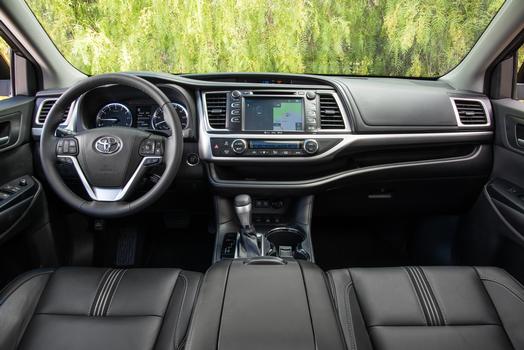 The test Highlander had seating for seven – two up front, three in the middle, and two way back. I did not try to climb way back and I’d reserve that seat for the very agile. The other seats are easy to access. The rear and middle seats fold to give 83.2 cubic feet of storage behind the front seats, about 42 behind the middle seat, and just under 14 behind the rear seat. 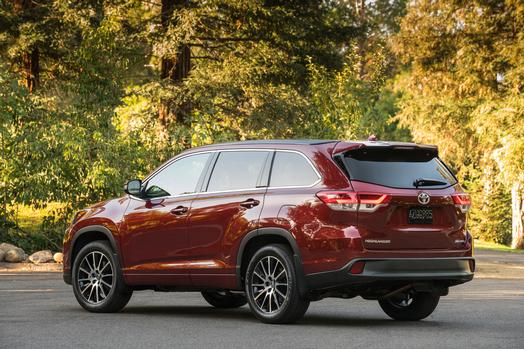 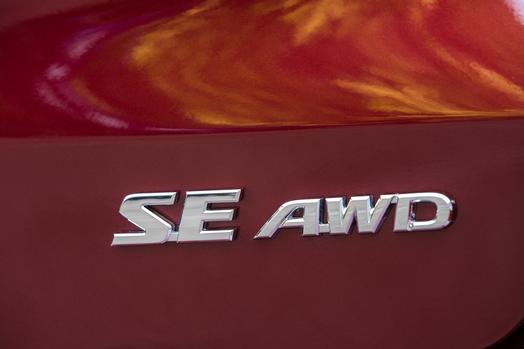 Recently AAA released a study on distracted driving. Basically, and I’m paraphrasing, it says that the infotainment systems are so complicated that they are a distraction. Now I’m not singling out Toyota as a particular problem, they are no worse than any other company. To its credit the Highlander has big dials for the climate control and smaller ones for the sound system. But there’s still that big screen dead center. Bottom line is keep your eyes on the road.

I can’t say that I came away from the Highlander with any hard pros or cons. It’s a very good vehicle. It’s comfortable, efficient, safe, and reliable.

The good news about the Highlander is that there is absolutely nothing outstanding.