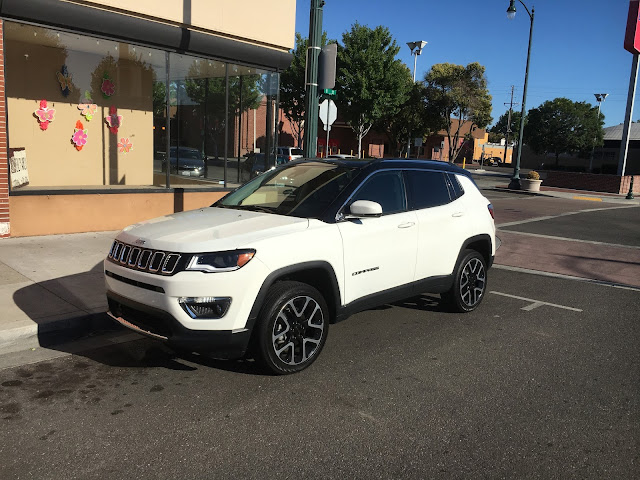 Sometimes I get confused by all the different Jeep models. Some of them, like the three Cherokees (Grand, Grand SRT, and Cherokee) are just variations on a theme. Same goes for the Wrangler’s two versions. Then there is the Compass, Patriot, and Renegade. I have to check the specs to remember where they fit in the line-up. Best as I can tell, based on their overall lengths, the Renegade is the smallest at 166.6”, the Compass is next at 173”, and the longest by a nose is the Patriot at 173.8”

I reported on a Renegade last year and was fairly impressed with it although I did not test its off-road prowess. It’s been a long time since I’ve driven a Patriot, maybe before Jeep was part of the FCA group. Recently I drove a Compass. 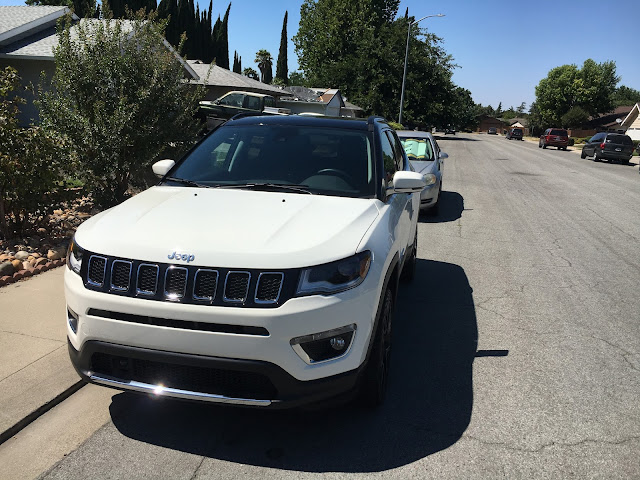 The Compass is a smallish, four-door SUV. It seats 5 in relative comfort. It’s been restyled to look less clunky. From a distance you might actually mistake it for a Cherokee. It has the Jeep seven bar grille.

Inside it is not quite as roomy as a Cherokee but it is comfortable. Being a press car it was fairly well loaded. It’s always a bit of a shock when I have to go back to my personal, rather plain Jane car. 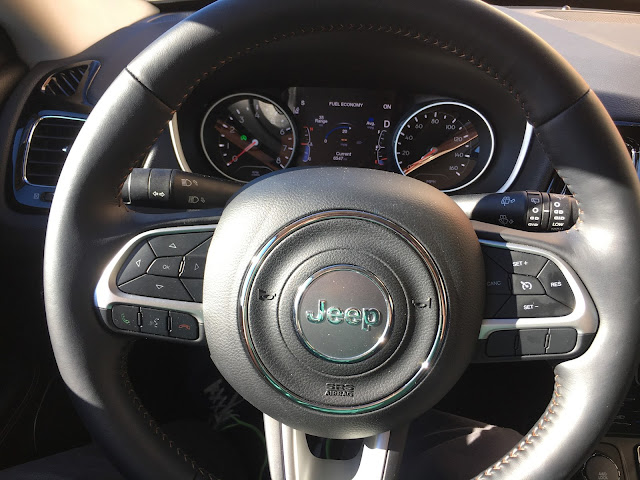 In the past the Compass had a variety of 4-cylinder engines. For 2017 the only engine is the 2.4-liter TigerShark with Multiair2. The engine is located in a transverse fashion (crosswise) and drives all four wheels through a 9-speed transmission. The thoroughly modern, all-aluminum engine puts out 180-hp and 175 lb-ft of torque. A 6-speed automatic or manual transmission is available on the 2WD versions. The 4WD systems have a switch to select the type of terrain.

The 2.4 engine has two variants – standard and “Stop Start”. I was not impressed with the Stop Start, it was just too obvious. In fact my wife asked, “Why does this feel like it’s stalling?” I’ve driven other vehicles with Stop Start and none ever felt like the engine was stalling when stopping. And when you take your foot off the brake there’s a slight lag before the engine restarts, not enough to let the Compass roll but if I was too quick on the gas pedal it was like putting the transmission into gear with the engine speed too high – BANG!

Don’t get me wrong, the theory of Stop Start is good. By shutting down the engine when stopped fuel economy is increased and pollution is reduced. I’ve heard people worry that it puts extra strain on the starter. It may but I haven’t heard of reduced starter life yet.

I really wish I liked the Jeep Compass more but that’s life. 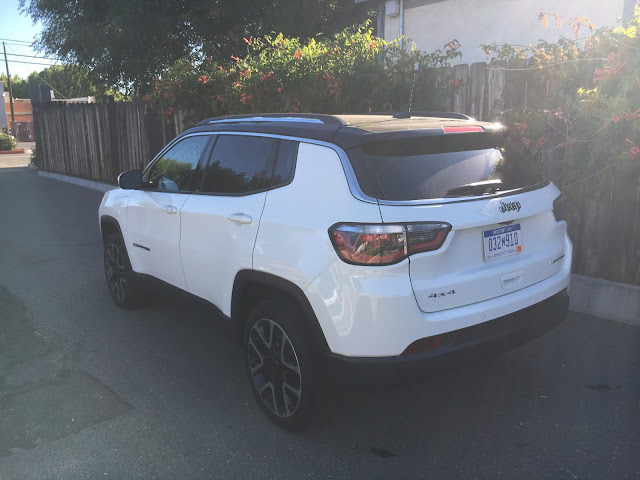