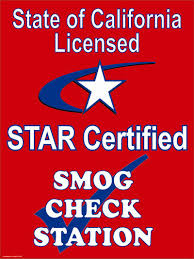 This reinforces my previous post about the Smog Inspection Program. Professor Cahill sat on the Inspection and Maintenance Review Committee during the last two or three years of its existence. I have heard him referred to as the "father" of California's smog inspection program.

Cheating on “clean diesels”? I am shocked! Shocked! But I was really shocked when told in 2009 that the Volkswagen diesel had passed the California Air Resources Board’s stringent dynamometer emission tests.

Make no bones about it – diesel combustion is essentially filthy, and only by extensive and expensive efforts can its problems be overcome. But I had no clue that a corporate fix was in.

There had been several earlier examples of shenanigans with “defeat devices” by home-grown and foreign auto companies, but this one from Volkswagen was a lulu, with pollution up to 40 times the standard.

The heart of the matter is that California’s vaunted vehicle testing and validation programs have an Achilles’ heel: What is seen in laboratory dynamometer tests is not what appears on the highway. Volkswagen knew this, and except for a fluke on-road test in West Virginia, they could have been cheating for years to come.

This is not the first time lab results and real-world results differed. I was working on lead pollution from highways in 1973. We had models from the U.S. EPA, but California wanted to validate these by on-road testing. My work found that the elevated freeways that were supposed to be the cleanest by the EPA model were the dirtiest, dumping 400 percent more lead than the California standard into nearby houses.

My data helped Gov. Jerry Brown, version 1.0, to win a sweeping victory against industry and the EPA, which did not want California to have its own standards. The stunning reductions in California air pollution encouraged most of the world to follow the Golden State, with the exception of Europe and its diesel fixation based on mileage claims.

But the companies do their own testing. What could possibly go wrong in this scenario? It probably explains why on-road mileage of diesels in Europe is about 40 percent worse than advertised.

Again, in 1987, a research team used a freeway tunnel in Van Nuys to compare the predicted auto emissions from ARB dynamometer laboratory tests to real-world conditions. The tunnel tests gave carbon monoxide and hydrocarbon emission values 300 percent and 400 percent higher than expected on the basis of dynamometer tests.

The on-road tests identified a sad result – most California cars were clean, but a small number of “gross emitters” were generating two-thirds of all highway pollution. These cars are modified vehicles with bypassed catalytic converters, old throw-away cars, unregistered cars, some with fake smog-check clearances from shady service stations, and the like.

In order to rectify the problem of gross emitters, the California’s Inspection and Maintenance Review Committee, a state board on which I served for years, repeatedly recommended on-road testing to identify gross emitters. The technique is actually simple, using an infrared beam across a freeway on-ramp and to measure pollutants. If this had been modified to detect nitric oxide, the diesel cheaters would have been immediately identified and the pollution stopped years ago. Regretfully, the committee was shut down a few years ago.

Even post-Volkswagen, the problem persists that laboratory dynamometer tests cannot protect us in real-world conditions.

“Wear aerosols” are particles generated by grinding and abrasion by vehicles, such as polluted freeway dust, erosion of brake drums and pads, etc., which cannot be realistically measured in the lab. But health data on children living near freeways in Los Angeles and our data on heart disease in the Central Valley show roadways are still causing health problems. Medical studies points to “wear aerosols” and ultra-fine metals from brakes as potentially toxic agents.

California needs to initiate truly realistic on-road testing to catch gross emitters and cheating by “defeat devices,” but also to measure “wear aerosols” by size and compositions. These tests should include realistic freeway actions such as braking and accelerating, as we are doing in a U.S. EPA study in Detroit. Only with such data can we propose legislation that can address these problems and protect the health of California’s people.
Email Post