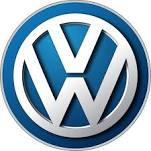 Volkswagen has set aside $7.3 billion to cover the cost of the recall. According to reports VW's share price plummeted 17% today (September 22, 2015) following a similar dive the day before. VW has halted sales of some cars in the US while they try to sort this out.

Watching BBC World News it is being speculated that other auto makers may have done similar computer tweaking; there have been instances in the past.

Although the economy is booming in parts of the US worldwide it is still fragile. In areas of the US where it is doing well there is some concern that the economy is a bubble about to burst. If the VW scandal widens to other auto makers could it be the needle that burst the bubble? If large investors are hurt by the VW mess (think Qatar) will it dry up funds for other investments? These are not questions I have the knowledge to answer but I am sure there are economists who are looking at this situation with interest.

From a strictly automotive view, and taking my former career into account (investigator for the California smog inspection program), this is akin to smog stations passing 11-million cars that wouldn't pass unless the test was tweaked (cheated). It is shameful and it should be criminal. In my career I saw smog techs convicted and sent to prison. They harmed the environment far less than VW. It's time to send a strong message that it is not okay to cheat.