I don't remember having to polish sealed beams.

Years ago headlights came in one size - 7" round. And they were "sealed beams" (which were introduced in 1939) which meant that the filament was sealed inside the glass (yes glass) housing. These headlamps had the high and low beams in one unit. Cars and trucks generally had two headlamps, one per side. 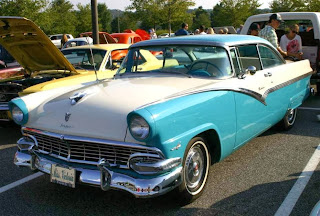 Later on, around 1958, 5 3/4" sealed beams were introduced with the high and low beam lamps being separate. Cars had four lamps, two per side.

And you know they worked fairly well. Yes the candlepower was limited by law but you could buy better lights from Europe (Cibie, Lucas, and others). During the late '70s and early '80s the auto makers successfully lobbied for changes to allow rectangular headlamps. These were still sealed beams. 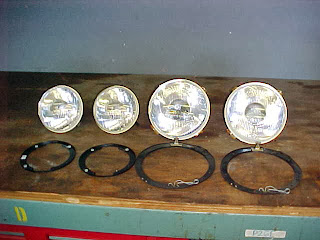 Then sometime in the '80s we got polycarbonate headlamps and we had a return to non-sealed beams (headlamps with replaceable bulbs).

I remember when polycarbonate headlamps were introduced. We were told that polycarbonate was harder and stronger than glass. No more broken headlamps!

Well that part was almost true. Glass sealed beams broke during collisions but in reality they were pretty tough. Polycarbonate headlamps break during collisions too. What they don't do is resist scratching from all the crap in our air. 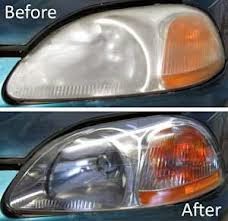 I never remember sealed beams getting dimmer except if the generator or alternator was failing. Polycarbonate headlamps get dim from being sandblasted. This has spawned a whole new industry - headlamp polishes.

Do you ever remember having to polish out the scratches in your old glass headlamps? Me neither.

Yes current headlamps "see" better in the dark when they are new but they suffer terribly after a few years. You'd think with all the technology out there someone would be able to come up with something better.