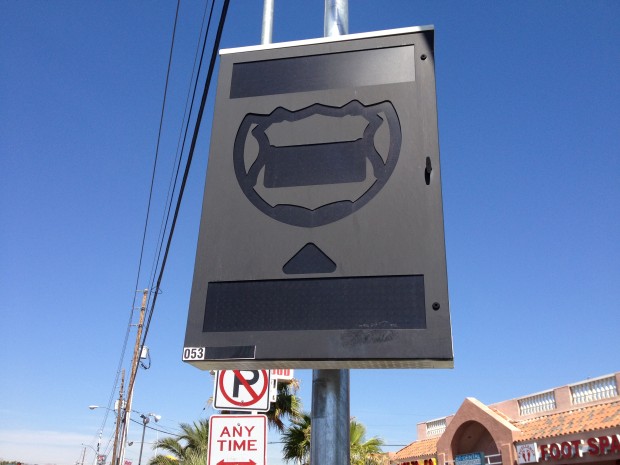 alleging that it was part of some nefarious government plot to spy on people. Always up for a good mystery I decided to look into the sign.

The sign in the picture is on West Spring Mountain Road near South Frontier Street, Las Vegas, Nevada. On my way to that location I passed first one, then another identical sign on Martin Luther King Blvd. That eased the search.

My first stop was at the Las Vegas Metropolitan Police Department. They had no idea what I was talking about and suggested I speak to Clark County.

Next stop the Clark County administration building where a very nice lady said they had no jurisdiction over signs and suggested that maybe the City of Las Vegas or the Regional Transportation Commission of Southern Nevada, which was across the parking lot, might know. I went to the RTC office where a very helpful man said they didn't do the signs but he'd make some calls.

His second call was to RTC's Freeway & Arterial System of Transportation (FAST) proved fruitful. The signs are theirs. The signs went up in either 2005 or 2006; the signs are Trailblazers Signs. There intent was to help reroute highway traffic around tie-ups, hence the "Interstate" logo. 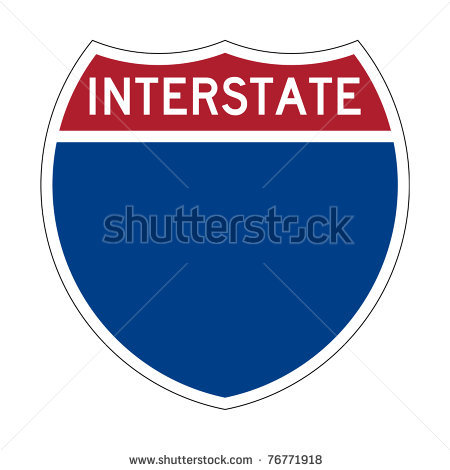 But there was a problem with the signs. The sign is intended to be lighted and for this purpose it is connected to the street lights. Except the street lights only come on when it is dark, thereby greatly reducing the hours in a day that it might be helpful.

The sign I inspected had an antenna so I asked what this was for; FAST told me that the signs are radio controlled (or would be if they were actually used) and they can remotely program the info the signs display. Looking over the sign I saw nothing that resembled a camera or recording device. I asked FAST if they had cameras or recording devices on the signs and the guy laughed, saying basically that they can't even get them to display messages let alone spy on people.

So let's see the article, dated May 15, 2013, alleges the signs "are being installed" which implies they are something new. They have been up for about eight years. My investigation, and yes I am a retired investigator, showed no nefarious federal government plot as alleged in the article. Just another semi-good idea screwed up by someone who didn't think the whole thing through.
Email Post