Thought I'd update this with some before pictures from Gerald Lettieri. The old Lincoln certainly has come a long way. I'm hopeful that it will be at Pebble Beach this coming year and I can reunite with it. If anyone recognizes the car or the plate number (Maryland JK-42-10) please let me know. 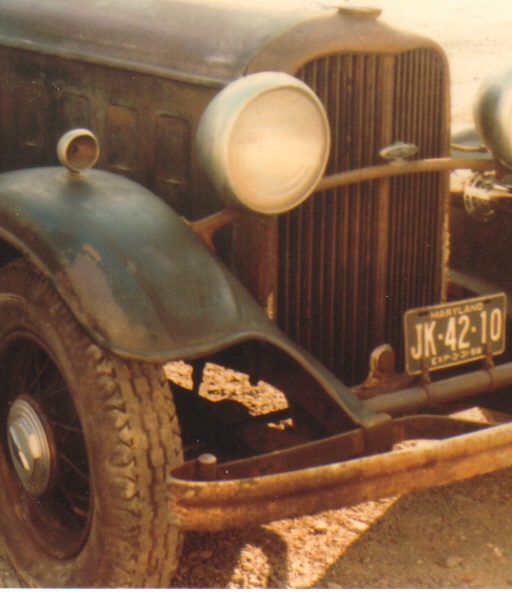 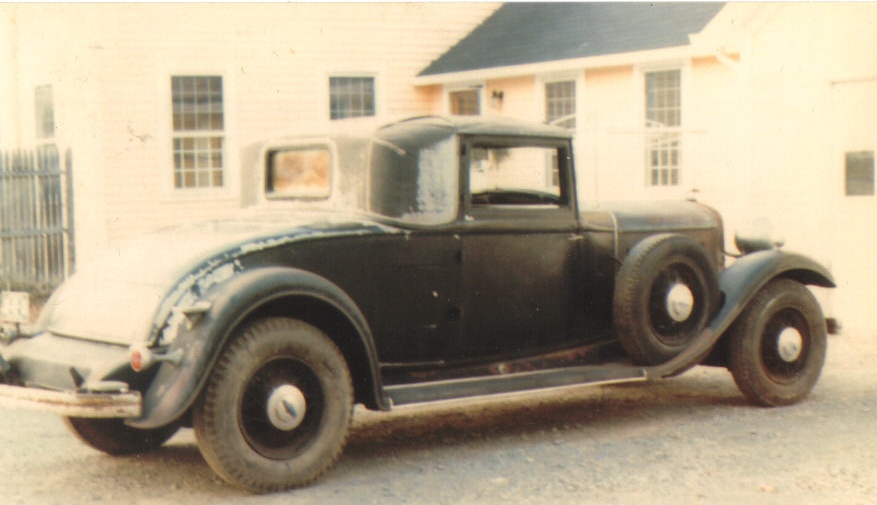 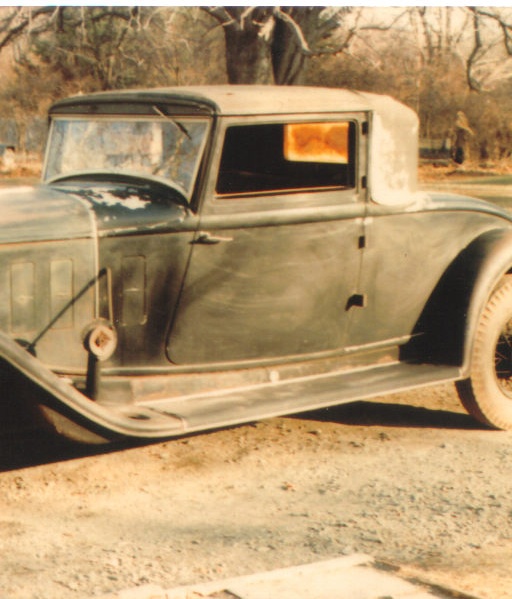 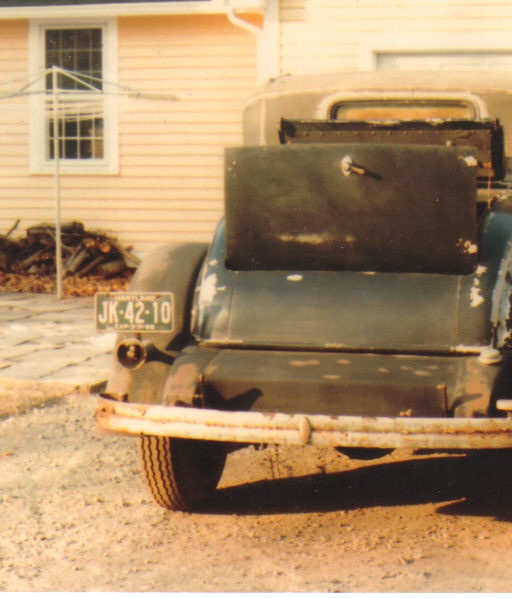 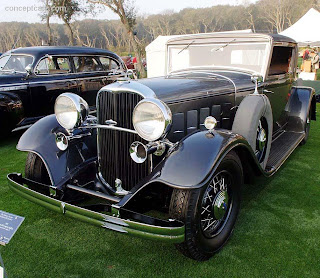 Many years ago my dad, William C. Hotchkiss, owned a little Shell Station on South Street at the Corner of Beebe Camp Road, Coventry, Connecticut – D&H Auto Repair. At first he was in business with William Dorsey. Dorsey was the businessman and my dad was the mechanic. They opened the business around 1952 or ’53. It was a 2-bay shop with two gas pumps out front. They didn’t own the building or land, that belonged to Joe Gorris; they just owned the business.

A couple of years later the building was expanded with two double depth bays added onto the back with the doors facing Beebe Camp Rd.

My dad worked on just about anything. I remember he worked on a MG-TD that his optometrist, William Peelle(?), owned. But the car I remember was a 1932 Lincoln Coupe.

At the time I didn’t know too much about cars (well I could tell a V8 Ford by the rumble of the exhaust but I wasn’t a know-it-all by any stretch of the imagination). So back then I had no idea that the Lincoln was a Judkins Coupe with a rumble seat, a relatively rare car.

I don’t remember when dad took in the Lincoln, or where it came from or how it got to Coventry. I know that dad rebuilt the engine. I remember bits and pieces about him sending the block out to have the bearings poured (old car stuff). I remember the engine was a V12. But what I remember most of all is after the engine was back in the car. 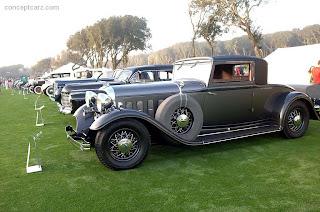 Dad brought the Lincoln home when he finished it. He was pretty proud of the job he’d done. He took us kids out for a ride, or at least my sister Sandy and I. I don’t remember if Doug went – he would have been pretty young. I sat in the rumble seat. 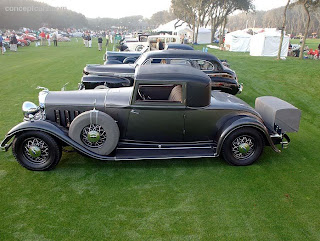 What a ride! The V12 made a nice, almost motorboat rumble. We left our house on Seagraves Road, turned left at South Street, down to Daly Road and out to Hwy 31. I remember that when dad shifted from first gear to second he squawked the tires. 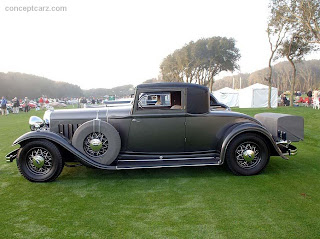 After that short ride the car sat in our driveway for a couple years. We (neighborhood kids and us) used to play gangster in it. What do I remember about the inside? It’s funny but my most prominent memory is of the cigar lighter that was on a retractable cord, kind of like that of a window shade. 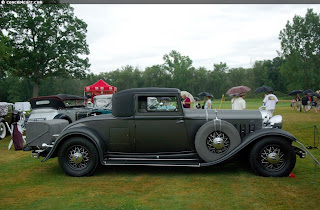 My dad moved out of the Shell Station I think in 1958. He took over a larger station (Mobile my sister tells me) on 44A somewhere near Swamp Road. It was a nice shop but dad was not a great businessman. About a year later for some reason (rent went up?) he was looking for another place. There was another Texaco Station on South Street near Echo Road (there’s a pizza place there now). I know for some reason the Lincoln was moved to the rear of the station. I also know that dad never moved his business there.

Dad got out of the auto repair business and went into manufacturing. It was the beginning of the end of my parents marriage and the end of our association with the Lincoln – almost.

Years later, maybe ’65 or ’66, I got some boxes of business papers from dad’s garage. I think they had been stored at my Uncle Gibby’s. Anyway being a nosey kid I went through the boxes (wish I had some of the stuff now). I found thousands of dollars of outstanding invoices including one for the Lincoln. (Interestingly there were letters from the guy who started Connecticut Dragway asking my father for some sponsorship; I suppose he sent letters to just about every automotive related business in Connecticut but it made me feel special.) Dad had never been paid for the Lincoln nor had he ever filed a lien against it. As I said, great mechanic, lousy businessman.

From the South Street Texaco the car went to the farm of Thomas Welles, where I saw it sitting outside the barn for years. I figured that Mr. Welles, a prominent real estate and insurance agent in Coventry either owned the Texaco or was the agent for whoever did. Then I left Coventry and lost touch with the Lincoln.

For years I’ve tried to find the car but to no avail. I got the serial number once from the Lincoln Owners Club but they wouldn’t tell me much about the car or where it was. They may have thought I was going to try to challenge ownership but come on, it had been decades.

Maybe ten years ago or so, about the same time I contacted the Lincoln Owners Club, I contacted Thomas Welles Jr. At that time he couldn’t fill in many details other than it had been sold a couple of times since he owned it.

Every now and then I search the Internet for the Lincoln and just a little while ago I found it, or at least I thought I had. A search turned up a 1932 Lincoln KB Judkins Coupe with a description that sort of matched my memory.

I contacted Thomas Welles Jr. again and he confirmed that it was indeed the Lincoln of my youth. Tom filled in some details:
“Yes the 1932 Lincoln Judkins Coupe, Serial No.1303, is the same car that your dad had. I wound up buying the car way back in 1961 from Richard ***** from Nyack, New York. The car was in my hands until 1986 when I sold it to Gerald ******** from Rocky Hill. He sold it to two brothers with a rock band who were from the Stamford area. I think they sold it to a man named Eugene **** from, I think, somewhere in Michigan. After your dad rebuilt the engine in the late 50's, it was stored behind South Street Garage. The garage was owned by Tony *******.  He (my dad) never drained the engine block. Winter came and froze up the motor and blew out a hole in the head. I had the motor completely rebuilt by Rick Kriss from Pittsburg, PA. He managed the Lincoln collection that was owned by the Stearns family from Pittsburg.
I sold the coupe along with a sedan parts car ... so it came with spare heads and stuff. The coupe still retains the original "1303" serial number plate on the block and firewall.”

I found the actual car, Serial Number 1303, featured at Conceptcarz.com (http://www.conceptcarz.com/vehicle/chassisNum.aspx?carid=11772&idNumID=887). Here is the information they have on the vehicle:
“This, the Amelia Island Concours d'Elegance, is the 'debut' of this 1932 Lincoln Coupe by Judkins. In its 75 years of existence, it had never been restored or shown at a concours of any automobile, event before this weekend.

“This Classic Lincoln, #KB 1303, with its V12 engine, a first for Lincoln Motor Company, is 448 cubic-inches, producing 150 horsepower at 3400 RPM. It was sold and delivered March 16, 1932 by a Long Island, NY car dealer. There were 24 Judkins Coupes built in 1932 and it is not known how many had rumble seats, but this is the only known survivor with a factory-installed rumble seat. The car rides on a 145-inch wheelbase.

“The original buyer is unknown, as is its history - until the 1950s when a young teenager spotted the car at a local service station in Connecticut, and was smitten. It was thought that the car was currently owned by a Yale student and was in need of some repairs. The young man's quest to own the car was not fulfilled at that time, but in the late 1960s he had an opportunity to purchase the car. Over the next three decades the car passed through several owners, each planning to restore and drive the car, but none reached completion until now.

“In the 1932 Lincoln portfolio, the senior KB model line was available in both in-house designed body styles and a few by outside coachbuilders such as Dietrich, Judkins and LeBaron. This featured car is one of only 24 Lincoln custom Judkins coupes produced in 1932, and is believed to be the only surviving example with a rumble seat.”

And this:
“The John B. Judkins coachbuilding company was founded in the mid 1800's and became part of a rich history of horse-and-buggy coach works located around Amesbury, New England. It started designing and producing car bodies as early as 1895, and supplied to the Winton Motor Car Company. Through its subsidiary Merrimac, it also designed and built for duPont and Packard. Renowned designers Sergeant and Charles Waterhouse worked for Judkins before starting their own design house in 1928. Other noted designers, such as Ford styling John F. Dobben and former LeBaron designer R.L. Stickney, had also worked at Judkins. Besides this Jerkins coupe, Judkins had also designed the 1926 Lincoln Model L Coaching Brougham.

“This 'top-of-the-line' Judkins Coupe is equipped with the powerful 150 horsepower V12 engine, and features a convenient golf club door. This premium vehicle came at a price approximately 12 times that of the standard Ford. The recent restoration was completed just in time to celebrate the car's 75th anniversary.”

Finding this car after so many years definitely has stirred some memories. My dad was a unique guy. I loved him and idolized him but he caused me (and my mom and siblings) so much heartbreak. He was the epitome of an engineer (even if he didn’t have a degree); logical to a fault. He served in WWII but never saw combat. He did experience the terror of the Nazi’s V2 rockets while stationed in Belgium. Dad died of a massive heart attack in 1971; he was just 50. I miss him and dedicate this to him.
Email Post