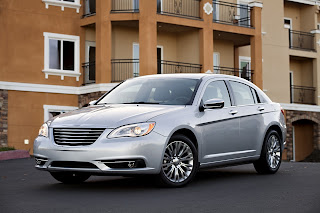 A while ago, just before the 2012s arrived, I drove a 2011 Chrysler 200. It was pretty much a full zoot version; V6, power everything, GPS, you name it, it had it. I like the looks of the 200 and its sister, the Dodge Avenger. I enjoyed the car; the only thing I could complain about was the amount of torque steer when I jumped on the gas harder than normal. It was not acceptable.

This got me thinking. The 200 is a FWD and really there is no more room inside than if it was RWD except there is no real driveshaft tunnel. This is where my brain started working.

Way back at the dawn of the 1960s Pontiac introduced the Tempest with a flexible, or what was called a "rope" driveshaft. It not only was flexible but it was skinny, hence the "rope" moniker. There were problems but it was a great idea. It did lessen the driveshaft tunnel size. That was then, this is now. Materials are better, manufacturing is better. The V6 is a sixty degree design, relatively narrow, transmissions today are much smaller than years ago as are differentials (both used to be massive for strength, now strength is designed in using better materials and computer design - size equals weight and weight is an enemy). So why aren't more high tech solutions being used?

Once my mind gets to wandering there's almost no end. Okay if we're going to adopt flexible driveshafts, why not look at other technology that sounded good when introduced but just wasn't where it should be? Computer controlled suspensions - great idea but maybe the tech of the '80s wasn't up to the task. Sound cancelling tech instead of mufflers - weight saving and tailor the sound to your (legal) choice.

So think of a Chrysler 200 with the 283 hp, 3.6-liter V6, 6-speed (or even the new 8-speed) transmission, thin, flexible driveshaft, compact rear independent suspension, and no mufflers but sound cancelling tech.

I know there are other packaging reasons for FWD, I'm no idiot but I think they could be over come. Despite what we've all been led to believe, FWD is not the be all and end all. Many cars are RWD and they do just fine. Maybe now it's time to reintroduce some of the ideas that just didn't work back then.

I've heard that the 200 is way better than it's predecessor the Sebring. The 2011 200 I drove was a nice car, not great but nice. I'm hopeful that under Fiat's ownership the quality and excitement will return. Chrysler has announced the return of the Dodge Dart. Are these the good old days? 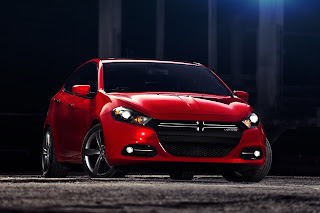