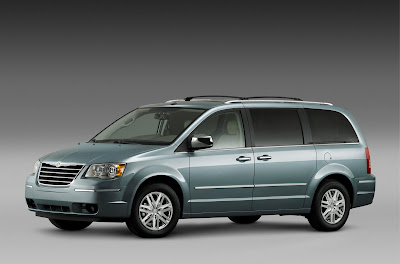 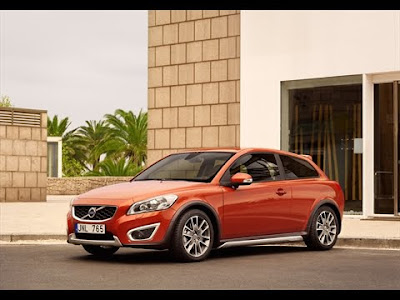 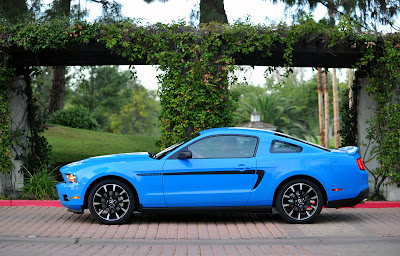 The thing about the summer is that there’s just so much going on. Add in working my day job, other duties (in addition to my day job, I try to run a union), a personal life, and the fact that I’m lazy, I tend to fall behind. So every now and then I have a spurt of creativity (or guilt). This is one of those times.

I’ve recently driven three very different cars; I was impressed with two and appreciated the third. So starting with the appreciated …

There’s no denying the usefulness of the 2010 Chrysler Town & Country Ltd. Three rows of seating that can easily disappear to give you enough interior space to slide a sheet of plywood inside (I couldn’t find the exact length of the cargo area with the rear and middle seats folded but there’s 49” of room between the rear wheelhouses). Thanks to Chrysler’s “Stow ‘N’ Go” feature, the rear and middle seats fold flat turning the Town & Country into a cargo van extraordinaire.

There are three different V6 engines available (why?); a 3.3-liter, 3.8-liter, and the 4.0-liter. The fuel economy does not differ enough to matter from engine to engine so outside of the extra price I do not see any reason for going for anything other than the 4.0-liter, SOHC with its 251 hp and 6-speed automatic transmission. It’s rated at 17-mpg city and 25-mpg highway.

The one area the Town & Country seems to have slipped in is exterior styling. I would not say the generic Chrysler mini-van has ever been beautiful but it was handsome. Now it just looks boxy to me. Fit and finish, and interior detail are up to par with most competitors though.

Chrysler has come a long way, especially considering its status as a corporate hot potato over the past decade or so. Stability seems to be coming its way with new owner Fiat. The T & C starts at $26,860 for the LX. The Ltd like I tested starts at $36,170 and can run up to around $44,000.

Next up was a 2010 Volvo C30 T5 R-Design. The C30 is the successor to the old 1800ES in many ways. It is a small(ish), wagonish, sports coupe. The R-Design is the sportier version. There is no difference in the engine; all C30s are equipped with a really flexible and powerful 5-cylinder engine that produces 227-hp and 236-ft lbs of torque. The torque curve is superb, pulling strongly from just off idle to redline.

The C30 I drove had a 5-speed automatic transmission with the expected manual shift option. I would have preferred the 6-speed manual.

Style wise the C30 is conservative, which as a Volvo works. Would you recognize an outlandish Volvo? Sometimes conservative is best, especially when you tend to drive quickly. The only downside for the aging lard-butt is that it seems to be a long way down into the driver’s seat. I liked the rear all-glass “hatch” that gives easy access to the cargo area.

The two front seats (once I was able to bend my creaky bones into them) were very comfortable. The rear seat, although ostensibly fit for two adults, is another matter. As with most coupes getting in and out of the rear seat is best left to those much younger than me. Leg room in the rear is limited, especially if a real adult is in the front.

I was told by someone I know that the C30 was one of the nicest cars he’d ever driven. I have to agree. It is not the most powerful sports coupe around but it felt quicker than the horsepower number would lead you to believe. Volvos are not known for their slot car handling, usually aiming more for a comfortable ride, yet the C30 R-Design seemed to beg to be cornered hard.

The interior is not one of those “wowie-zowie” interiors. At first glance the dash and center stack is boring. But look at it, it is functional and like Swedish design in general, the more you look at it the more you notice the nuances. Like the center stack that seems to be just that, a stack of sound and climate system controls. Then look closer, see how the stack leaves the dash and swoops down into a thin, almost sail-like piece of art. I didn’t even notice it until about day three of my drive.

The automotive world is abuzz over the sale of Volvo to a Chinese company, Zhejian Geely Holding. It really is a global village when a Chinese company buys a Swedish auto maker from a North America company (Ford). This should be good for Volvo.

The latest car I drove (in fact I’m still driving it) is a 2011 Mustang, one of the new 305-hp V6 versions. To me the startling part about the new 3.7-liter, DOHC, all-aluminum V6 is not the power but the economy that goes with it. Somehow Ford got this engine rated at an astounding 31-mpg highway when equipped with the 6-speed automatic transmission.

Ford is so proud of this engine that it decided to try and set a fuel economy record. Running at Bristol Motor Speedway, the 2011 V6 Mustang ran 1,457 laps (776.5 miles) on a single tank of gasoline. This worked out to 48.5-mpg. Don’t expect to see this on your drive unless you want to get the single digit salute from just about everyone else on the road, but I can assure you that this is one frugal Mustang.

The only thing that keeps the V6 from completely fooling you into thinking it’s really a V8, is the lack of the V8 rumble.

Normally I am not a fan of retro-styled cars. The current Mustang (even though the 2011 ‘Stang has many design changes it looks similar to the previous version) is reminiscent of Mustangs of yore but it also looks current. It does not look like a caricature as I believe its major competition does.

I don’t know how Ford does it but every time I climb into a Mustang, new or old, it feels like home. I’ve had a few Mustangs in my life including a ’65 Coupe years ago. Despite having all the creature comforts available today, the 2011 doesn’t seem high-tech and the controls all seem to be where they should be.

If you’re starting to get the idea that I liked the Mustang, you’re right. I admit that I have some Ford blue running through my veins. That hasn’t stopped me from criticizing Ford when they deserved it. The Mustang has its shortcomings but the parts that matter – the powertrain, the interior, they style – those work.

The Coupe starts at only $22,145. The version I drove had the Mustang Club of America that includes specific visual touches and 18” wheels and tires. A pretty load version pushes the price to around $32,000. And that has always been part of the appeal of a Mustang; you don’t have to be rich to afford one but you can load it up if you want.